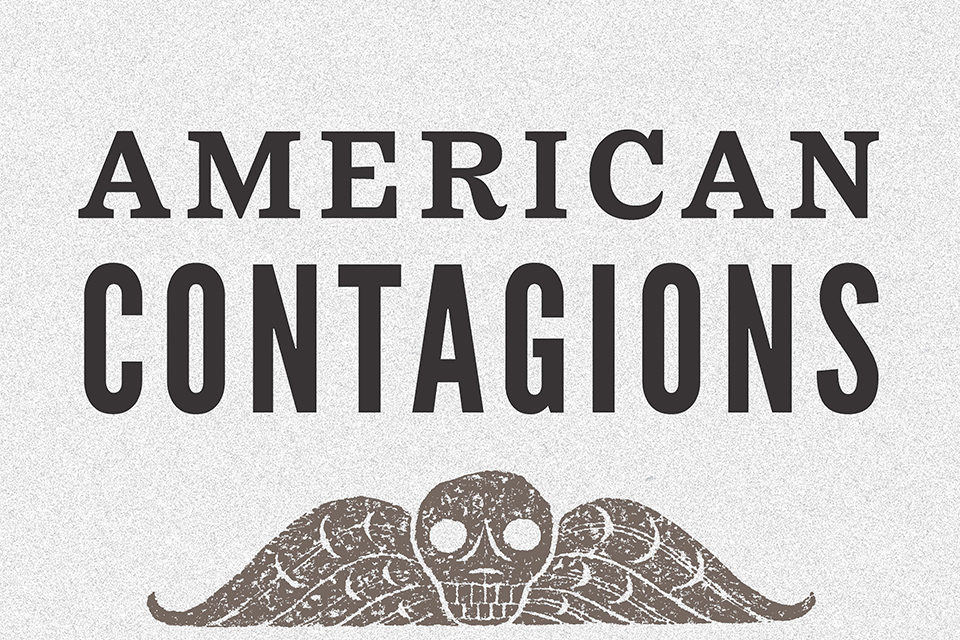 A detail from the cover of the new book by Professor John Fabian Witt ’99.

In his new book American Contagions: Epidemics and the Law from Smallpox to COVID-19 (Yale University Press), Allen H. Duffy Class of 1960 Professor of Law John Fabian Witt ’99 explores the ways in which American law has shaped and responded to the experience of contagion throughout history.

“Epidemics proceed as a set of feedback loops between germs and society,” Witt writes. At the same time that disease prompts change in human patterns and in legal and political institutions, viruses evolve to take advantage of the world as it is. 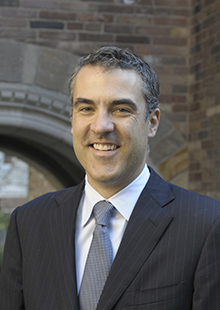 Witt examines the difference between “quarantinist” and “sanitationist” states in history and their different approaches to handling infectious disease crises. Quarantinist states use authoritarian controls over citizens through lockdowns and orders often backed by the military. Sanitationist states use liberal policies to change the environments that breed disease.

In the case of the U.S., Witt shows that throughout American history, response to public health has been a mix of the two, too often with one approach for those with political power, and one for those without.

In 1793 in Philadelphia, yellow fever spread throughout the city, where the federal government was still situated. Those who could leave the city fled to the country, including George Washington himself. But false assertions that the city’s Black community were immune to the disease led to calls for them to do the labor of caring for the sick and burying the dead — putting them at risk while reducing the risk to the town’s white citizens.

Witt points to other examples from American history to show how prisoners and people of color have been used for medical experiments to benefit other communities, or have been especially vulnerable to discrimination.

In San Francisco in 1900, a suspected death from bubonic plague led to an immediate lockdown of the city’s Chinatown, with an order that no one be permitted to cross the quarantine line except white people. And the city’s board of health required every Chinese person in the city — and only every Chinese person — to undergo a dangerous inoculation. Witt uses the case of Mary Mallon, better known as Typhoid Mary — poor, Irish, and unmarried — to show how prejudices against her can reveal whose civil liberties are most likely to be valued during a public health crisis.

During the current COVID-19 pandemic, the U.S. faces a choice, according to Witt. “We can use epidemics as occasions for addressing the glaring inequalities they illuminate,” he writes. “We can proceed intelligently into our unsettling future — but only if we grasp where we have been in our often disturbing past.”

John Fabian Witt is Allen H. Duffy Class of 1960 Professor of Law at Yale Law School. He is the author of a number of books, including Lincoln’s Code: The Laws of War in American History, which was awarded the Bancroft Prize, was a finalist for the Pulitzer Prize, was selected for the American Bar Association’s Silver Gavel Award, and was a New York Times Notable Book.

On October 21, Witt discussed executive powers, emergency powers, and civil liberties during the coronavirus pandemic as part of the Solomon Center for Health Law and Policy’s COVID-19 virtual workshop series.