As a leading expert on sexuality, gender and the law, Professor William Eskridge, Jr. ’78 has spent his career working for LGBTQ rights. He filed a critical amicus brief that was cited in the landmark Bostock v. Clayton County 6-3 decision, which ruled on June 16, 2020 that a federal civil rights law protects gay and transgender workers from workplace discrimination. 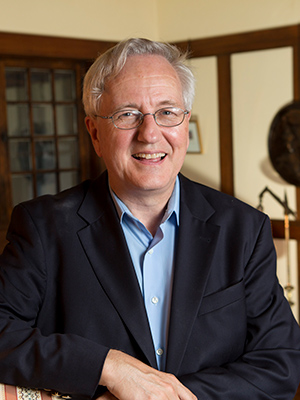 Professor Eskridge’s primary legal academic interest has been statutory interpretation, which was a central part of his amicus brief argument and a deciding factor in the majority opinion. In 1990-95, Professor Eskridge represented a gay couple suing for recognition of their same-sex marriage. Since then, he has published a field-establishing casebook and three monographs, filed numerous amicus briefs in key cases before the Supreme Court, and written dozens of law review articles articulating a legal and political framework for proper state treatment of sexual and gender minorities. You can follow him on Twitter @EskridgeBill. We asked Professor Eskridge to reflect on the monumental decision in Bostock and outlined what comes next for the LGBTQ movement.

Q: What struck you most about the Supreme Court’s decision in this case?

The 6-3 majority opinion has potentially wide and deep ramifications for American public law.  First, employees protected by this ruling are not just lesbians and gay men (Zarda and Bostock) and transgender persons (Stephens), but other sex and gender minorities. Intersex persons, with both male and female biological markers, ought to enjoy job protections now, as firing them for their biological sex ambiguity would clearly fall under the Court’s rationale that an employer who considers an employee’s sex in firing her/him/them has discriminated against that individual “because of such individual’s sex,” contrary to Title VII.  Nonbinary persons are likewise protected if an employer is reacting to the employee’s “sex” identity. Gender-nonconforming persons  — the “effeminate” man, the “macho” woman — are also clearly protected, as the Court had said in the Hopkins case 31 years ago.

Second, because other sex discrimination laws have language similar to that in Title VII, the Court’s reasoning gives a boost to claims by sex and gender minorities — lesbians, gay men, transgender and nonbinary persons, intersex individuals — that those laws protect them against discrimination.  Such laws include Title IX, which conditions federal funds for education on the recipient’s not discriminating “on the basis” of sex, and the Affordable Care Act, which bars sex discrimination as well. Just last week, HHS revoked an Obama Administration rule interpreting the ACA to bar discrimination based on sex-stereotyping, gender identity, and sexual orientation, but did not insert a definition of its own. Bostock throws a wrench into that regulatory action, and exposes the degree to which HHS has thrown the ACA protections into turmoil.

Third, the statutory ruling will have constitutional echoes. The Supreme Court has long interpreted the Fifth and Fourteenth Amendments to subject government sex discriminations to heightened scrutiny. The Court has not said exactly what level of scrutiny should apply to state action harming sex and gender minorities—but after Bostock one must assume that heightened scrutiny applies. There are many such discriminations in state and local governments, including “no promo homo” or transphobic directives to public schools. Utah and North Carolina recently repealed their no promo homo laws and administrative policies, and Bostock ought to signal other states to follow their lead.

Q: Your amicus brief in this case took an approach very similar to that of Justice Gorsuch’s majority opinion. What were the core arguments that you think resonated the most with the justices?

A:  Andy Koppelman and I did an amicus certainly anticipating the approach Justice Gorsuch’s opinion did take:  section 703(a) is broadly written (employer cannot “discriminate against an individual because of such individual’s sex”) and its breadth is expanded by section 703(m) (liability even if “sex” is just one “motivating factor” among others). Our brief was distinctive in avoiding concepts like “associational discrimination” and “gender-stereotyping discrimination” (concepts we appreciate as academics) and focusing completely on and working the narrow statutory language. There were a number of particular tropes and arguments distinctive to our amicus that showed up in the majority opinion, including our series of hypotheticals that had echoes in the majority’s Hannah and Bob example, our argument that you can’t say gay without mentioning sex, our documentation of the ERA’s being interpreted in the early 1970s to protect gay people against discrimination, and our rejection of the employers’ “Congress does not hide elephants in mouseholes” based on the obvious but unique point that Title VII’s bar to sex discrimination was the “elephant in the room!”

Q: In 2015, after the marriage equality victories, you mentioned that employment discrimination and family law would be very important going forward. After this major decision, what do you feel are the key next steps to continue the momentum of this important movement?

A: The obvious answer is that discrimination against LGBTQ persons remains pervasive in housing, schools, public accommodations, services, and medical care. Some states bar such discrimination, but most do not, and federal law has been thrown into turmoil by HHS, DOJ, and DOE. Transgender and nonbinary youth, LGBTQ persons of color, and sex and gender minorities without higher education and good incomes are particularly vulnerable.

Less obvious but just as important is that the government at all levels ought to be proactive — taking steps to head off and remedy physical violence, harassment, bullying, and defamation against LGBTQ persons. Bostock will empower organizations and activists seeking to reduce gender-based harassment in the workplace, but other forums for violence and abuse remain unregulated and even encouraged in some states.

Finally, and this is personal to me, I think it is important in this moment of advancement for the LGBTQ community to build bridges to more religious communities.  I am certain that most religious employers are happy to have LGBTQ employees and to treat them honorably.  My forthcoming book, Marriage Equality: From Outlaws to In-Laws (Yale University Press, August 2020), documents the evolution of American faith traditions since 2015.  Yet many religious employers still have concerns and limitations that are sincere, and I’d support local efforts to work through disagreements without recourse to legal penalties. Also, I support efforts like the 2015 Utah law to expand anti-discrimination protections for LGBTQ persons while at the same time recognizing limited religion-based allowances. I have some common ground with Justice Kavanaugh’s dissent in Bostock, to the extent I think legislators do a better job than judges in accommodating colliding needs of gay equality and religious liberty.