The Conservative Constitutional Case Against the Filibuster — A Commentary by Eugene R. Fidell The Hill

Police Officers Treat Black and White Men Differently. You Can Hear It in Their Tone of Voice Los Angeles Times

On Voting Rights, Justice Alito Is Stuck in the 1980s — A Commentary by Linda Greenhouse ’78 MSL The New York Times 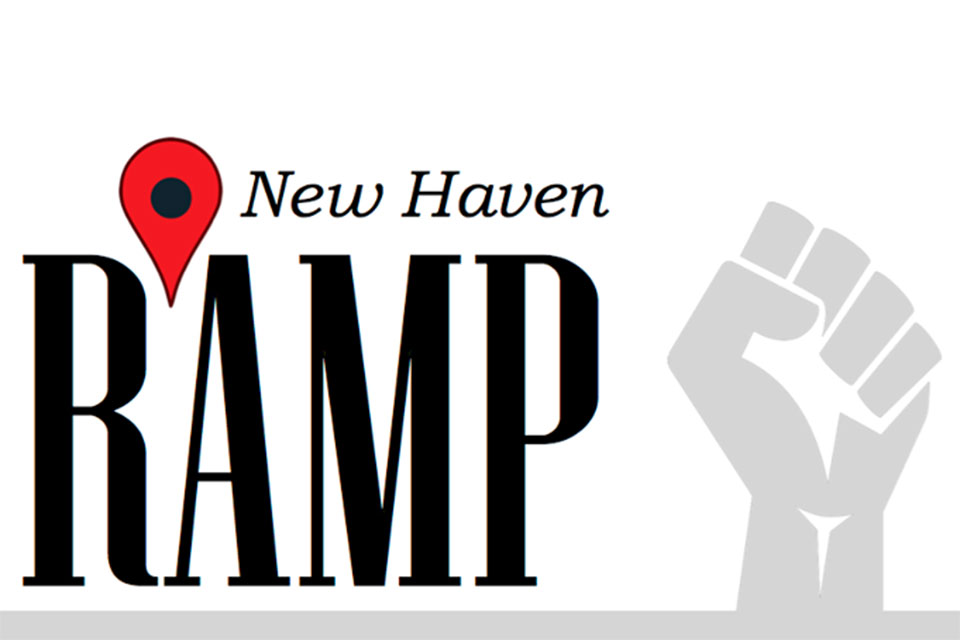 When Elena Hodges YC '17 saw an Iraqi refugee family in New Haven struggle to access local resources, she thought that there should be an app for that. She decided to address the problem of accessibility in her senior capstone project for the Multidisciplinary Academic Program in Human Rights. Undergraduates in the Human Rights Program, which is run by the Schell Center, study human rights from an interdisciplinary perspective and receive practical skills for pursuing human rights outside the classroom, as well. In the program's capstone seminar in the fall of 2016, Hodges developed the Resource Access Mapping Project (RAMP), a multi-lingual app that will, when finished, connect marginalized people to existing community resources in the Greater New Haven area. RAMP will serve not only refugees, but also asylum-seekers, undocumented people, formerly incarcerated people, homeless people, and many others. Hodges and others involved in RAMP obtained funding from the Schell Center, Dwight Hall's Social Innovation Lab, and other Yale institutions to develop the app. 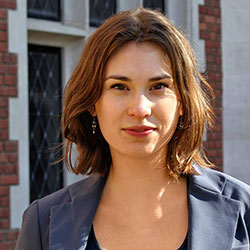 In the fall of 2015, Hodges met the al-Mashhadanis, a refugee family from Baghdad who were resettled in New Haven in 2014. Before arriving in Connecticut, the al-Mashhadanis endured ten years of displacement in Syria and Turkey. In New Haven, they finally had a stable home where they could live safely. But their experiences post-resettlement presented significant new challenges.

Hodges got to know the al-Mashhadanis through the Yale Refugee Project's Cultural Companions program, in which Integrated Refugee & Immigrant Services, New Haven's resettlement agency, pairs Yale students with refugee families. Hodges observed their challenges in her interactions with the family. She explained that the al-Mashhadanis, who have seven children, have "no income, no car, no one in their neighborhood who speaks Arabic, chronic health problems, a persistent language barrier, and a deep mistrust of state institutions." The longer she spent with them, the more she wanted to develop a new type of resource for the al-Mashhadanis and others in New Haven.

Hodges began researching other community-based resource mapping projects in Vancouver, Berlin, New Orleans, and Jordan and contacted their developers with the aim of replicating their successes and avoiding their mistakes. She collected comprehensive information on food pantries, emergency shelters, and health clinics, then moved onto cultural centers, ESL classes, and Halal food markets. She reached out to Yale Medical School clinics such as the Refugee Clinic and the Transitions Clinic, which serves formerly incarcerated people. As the project grew, Hodges organized phone banking sessions with student volunteers to confirm and expand the spreadsheet data.

In an effort to involve New Haven residents, Hodges began developing partnerships on campus and around New Haven by presenting the project to community organizations. She also interviewed refugee leaders, prison re-entry specialists, and asylum service providers. These interviews allowed her to develop a sense of New Haven's existing services and, she said, to see "where different people identify gaps and barriers" to accessing them.

By late fall 2016, she had gathered an expanded base of volunteers and garnered the support of a number of Yale Medical School clinics and Yale Law School student groups. By the time Hodges was getting ready to graduate, RAMP had become a student organization with more than thirty members and faculty advisors.

RAMP's leaders are careful to avoid having the app be compartmentalized as a Yale project. Luisa Graden YC '20, RAMP's new president, explains, "Something that's really foundational to the way we're approaching this project is to have a bottom-up approach as a whole, so the marginalized communities that we're targeting have a voice in how this is all created."

To that end, the students working on RAMP are making sure they understand exactly what barriers marginalized communities are facing. RAMP has been conducting focus groups with its target demographics, including refugees, formerly incarcerated individuals, mental health patients, and others. Focus group leaders, most often graduate students from the School of Public Health, ask questions about existing barriers to information access and current methods that people use to find resources. These sessions are intended to give the people the app will serve a voice in its creation. RAMP is treating the focus groups as a formal study and will be submitting the results for publication.

To Graden, RAMP's final product, not just its development stage, will be about putting community members in control. "I see empowerment as people having the power to change their own lives," she said. Graden and RAMP's other leaders hope that by allowing target demographics to seek out services for themselves, the app will enable them to do exactly that.

You can read Hodges's full capstone project and learn about other projects that the students in the Human Rights Program have pursued.

Experts Release Report on Human Migration Due to Climate Change