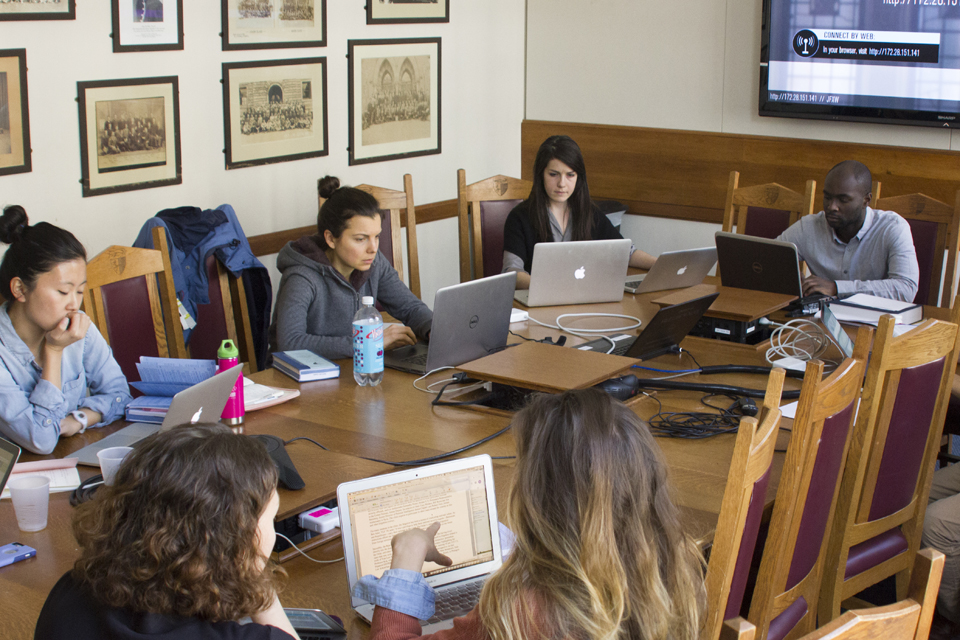 On July 18, 2017, Yale Law School’s Rule of Law Clinic filed its sixth brief — and second at the U.S. Supreme Court — regarding the legality of the Administration’s travel ban. Since President Trump first signed the executive order directing the ban on January 27, 2017, there have been numerous challenges by states and immigrant groups that have gone through the lower courts. The new Rule of Law Clinic has worked to file amicus briefs for a bipartisan group of former national security officials along the way.

On July 19,  the Supreme Court issued a brief order in the travel ban litigation, mostly siding with the plaintiffs and the Rule of Law Clinic's national security amicus brief on the scope of its previous decision, regarding who can be blocked from entering the country pending the Supreme Court’s full review of the Trump executive order later this fall. The Court ruled that the Government must allow into the country more travelers from six majority-Muslim countries who have family members already here, denying the Government’s attempt to narrow the category of family members who can be admitted to spouses, children and siblings. The Court also allowed the Ninth Circuit to rule on the Government’s efforts to deny travel to refugees covered by a formal assurance from a voluntary settlement organization. That refugee issue now returns to the Ninth Circuit for further litigation.

The latest amicus brief filed by the Rule of the Law Clinic responds to the Supreme Court’s decision to allow part of the travel ban to proceed until the case can be heard in the fall. The unsigned decision said that the lower court injunction should remain in effect and not apply for travelers and refugees who have a “bona fide relationship” with an individual or entity in the United States. But the order also stipulated that the travel ban could apply to all other individuals pending the Supreme Court decision.

After the ruling, the Government began putting that ruling into effect, interpreting the ruling to apply to spouses, parents, and siblings, but not to grandparents, uncles, and other more distant family members, according to the clinic. The Government also interpreted the ruling not to apply to refugees who had a formal assurance from a resettlement agency in the United States, the clinic said. This has led to another round of litigation before the U.S. District Court of Hawaii, which held earlier this month that the Government’s interpretation of the Supreme Court’s ruling is too narrow. The government then filed a motion with the Supreme Court seeking clarification.

Professor Harold Hongju Koh, co-founder of the Rule of Law Clinic and Counsel of Record for the amici said, “Without any visible national security justification, the Government has engaged in arbitrary line-drawing, excluding grandparents who might come in to care for a grandchild but not au pairs who would do the same for pay, and barring even refugees who have developed a bona fide relationship with a U.S. refugee resettlement agency. Such arbitrariness serves neither national security nor the rule of law.”

In June, the Government sought a review of both the Fourth Circuit and the Ninth Circuit rulings with the Supreme Court, which agreed to hear the case on the merits in early October. Briefings in the case will occur in August and September. A ruling from the High Court could happen before the end of the year.

The Rule of Law Clinic focuses on maintaining U.S. rule of law and human rights commitments in four areas: national security, antidiscrimination, climate change, and democracy promotion. In addition to its work on the travel ban cases, the Clinic has also recently worked on issues related to the Administration’s announced withdrawal from the Paris Climate Change Agreement, redistricting, and discrimination against Muslim groups.