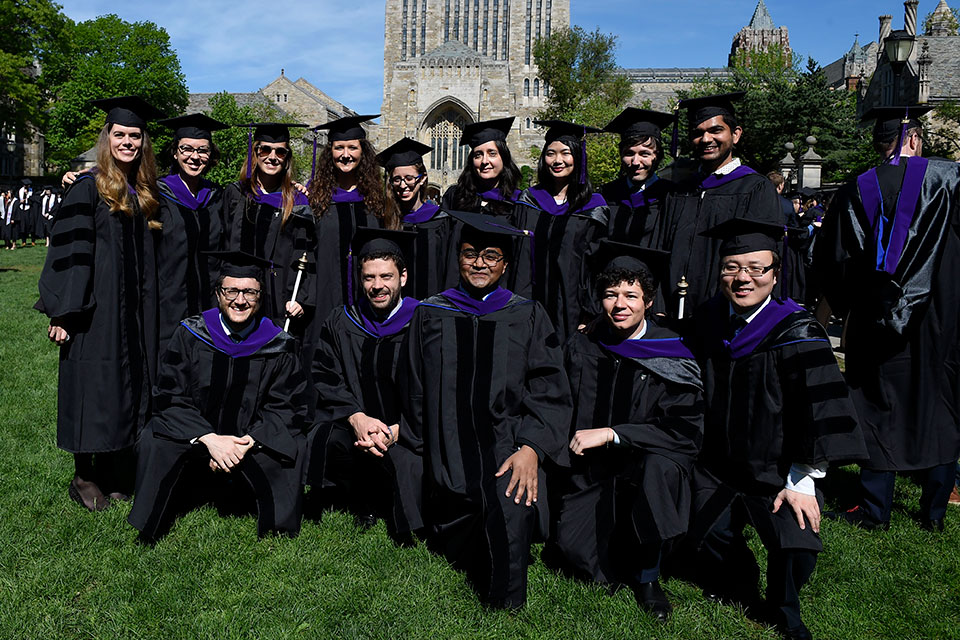 More than 200 graduates of Yale Law School were urged to harness the power of law as they leave New Haven and head out into the world during commencement ceremonies on Monday, May 21, 2018.

In her remarks to the graduating class, Dean Heather Gerken spoke about how much the class of 2018 means to her as it is the first class graduating under her deanship. “You have done the quiet, everyday work of great friends and great lawyers—providing help to individuals in need.”

Dean Gerken told the story of Vernon Horn, who was exonerated after 17 years in prison thanks to the work of Yale Law students and public defender David Keenan ’13, who uncovered exculpatory evidence that freed him last month. “Mr. Horn’s story is a story about the power of law, and that is a power that each and every one of you now possesses,” said Gerken, as Horn was recognized with a standing ovation from the crowd at the William K. Lanman Center at Payne Whitney Gymnasium.

Professor Stephen Carter ’79 noted that 2018 is the 50th anniversary of Justice Thurgood Marshall’s first term on the U.S. Supreme Court and related some of Marshall’s wisdom to the graduates.

Drawing a moral from one of Marshall’s stories, he said, “[T]hose who govern or seek to govern must always be prepared to listen, even to the views of those so different that their ideas seem crazy,” explaining that this is not just because it’s our democratic duty but because sometimes those people turn out to be right.

Carter had three wishes for the graduates: that they listen to those with different beliefs, see the humanity in opponents, and never forget those who opened doors for them. He was confident that this class was headed for great things: “You are tough and smart but you are also loving and kind. You fill us all with hope.”

Goodwin Liu ’98, Associate Justice of the California Supreme Court, urged graduates to “find time to engage with our criminal justice system” in their careers, emphasizing that this work will give insight into important questions. Liu described a number of the challenges and problems in the criminal justice system, especially its interactions and connections with poverty and race. He encouraged the class of 2018 to help rethink the legal business model, saying “To address the justice gap, we have to ask fundamental questions about how the delivery of legal services is structured.” He continued: “Your generation, with its affinity for technology and disruptive innovation, must play a role” in this transformation.

Two hundred thirty-eight degree candidates were honored at the ceremonies Monday, including 208 JDs, 23 LLMs, 3 JSDs, 2 MSLs, and 2 Ph.D.s in Law.