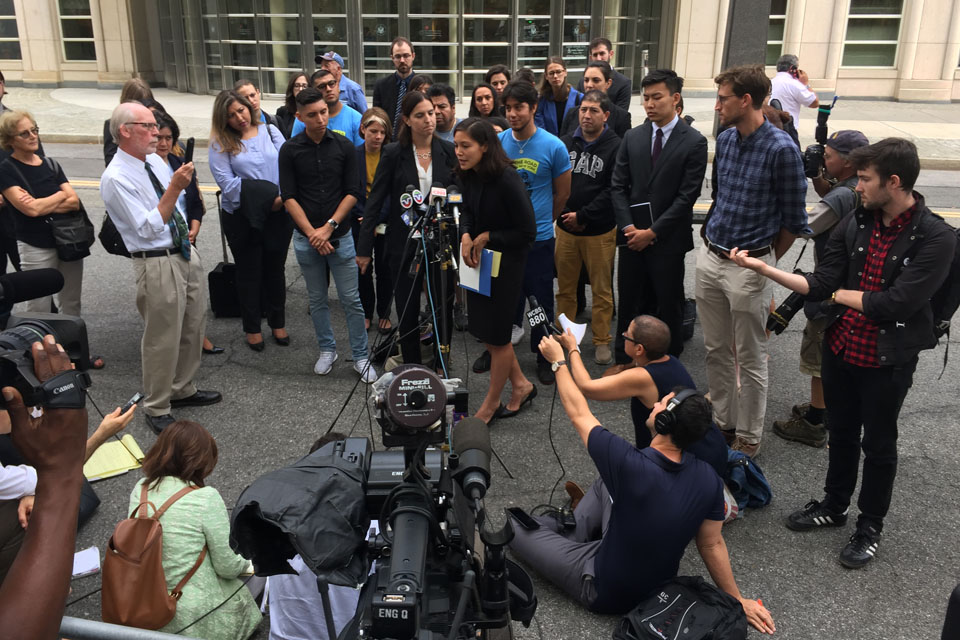 Students from WIRAC held a press conference last year after a DACA hearing in New York.

The first ruling dramatically stopped the unconstitutional Muslim ban in January 2017, when students from the Worker and Immigrant Rights Advocacy Clinic (WIRAC) mobilized overnight to ground planes and free travelers who were being unjustly detained. The students' work, along with co-counsel, secured the first nationwide injunction against the ban, and became the template for an army of lawyers around the country who gathered at airports to provide relief as the chaotic aftermath of the executive order unfolded.

Next came a major ruling in California in November 2017 in which a federal Judge granted a permanent injunction that prohibited the Trump Administration from denying funding to sanctuary cities—a major victory for students in the San Francisco Affirmative Litigation Project (SFALP) who worked closely with the San Francisco City Attorney's Office in filing and litigating the case.

And on February 13, 2018, WIRAC secured yet another nationwide injunction—this time halting the abrupt termination of the Deferred Action for Childhood Arrivals program (DACA). The ruling specifically requires the Trump Administration to accept and review DACA renewal applications. WIRAC was the first legal organization in the country to file a challenge to the DACA termination in September 2017, along with their co-counsel at Make the Road New York and the National Immigration Law Center. The preliminary injunction affirms protections for hundreds of thousands of Dreamers just weeks before the program was set to expire.

These rulings reflect the unparalleled ambition, scope, and impact of clinical experiences at Yale. These experiences transform and mold the next generation of young lawyers, dramatically alter the future of their clients—like Dreamers—and make headlines around the country, shaping the national conversation.

Dean Heather Gerken, who runs the SFALP clinic, said what the clinics have accomplished in the last year alone is unprecedented.

"When the students in my clinic helped in a nationwide injunction against the sanctuary-city order, I told them it was a once-in-a career experience," said Dean Heather Gerken. "How many organizations in the country can you think of that have been directly involved in winning three nationwide injunctions in a little over a year? Talk about punching above your weight."

The rulings are a testament to the hard work of the students and faculty who make up the robust clinical experience at Yale Law School, where 80 percent of students participate in more than 30 clinics covering a diverse range of legal issues.

Muneer Ahmad, deputy dean for experiential education, director of the Legal Services Organization (LSO), and a clinical professor of law, said the high-profile rulings have been critical to defending principles of equality during a turbulent time in the country, particularly in regard to immigration.

"I'm incredibly proud of the work our students and faculty are doing every day," said Ahmad. "Our clinics are leading the charge to fight for what is right, working around the clock to file motions, appearing in court before federal judges, collaborating with co-counsel, clients, and community-based organizations, and ultimately securing rulings that impact hundreds of thousands of people all over this country."

Dean Gerken said Yale Law School will remain committed to training the next generation of leaders and standing up for the rule of law.

"As a school and as lawyers, we share a deep commitment to constitutional rights and a refusal to accept discrimination in any form," said Gerken. "The values of this profession run deep and they are shared across partisan lines." 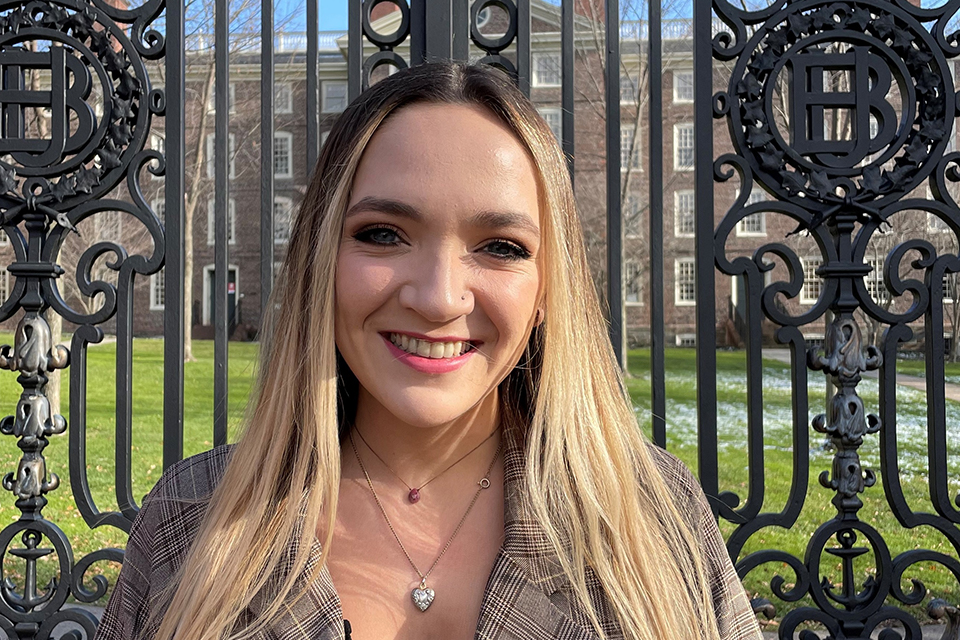