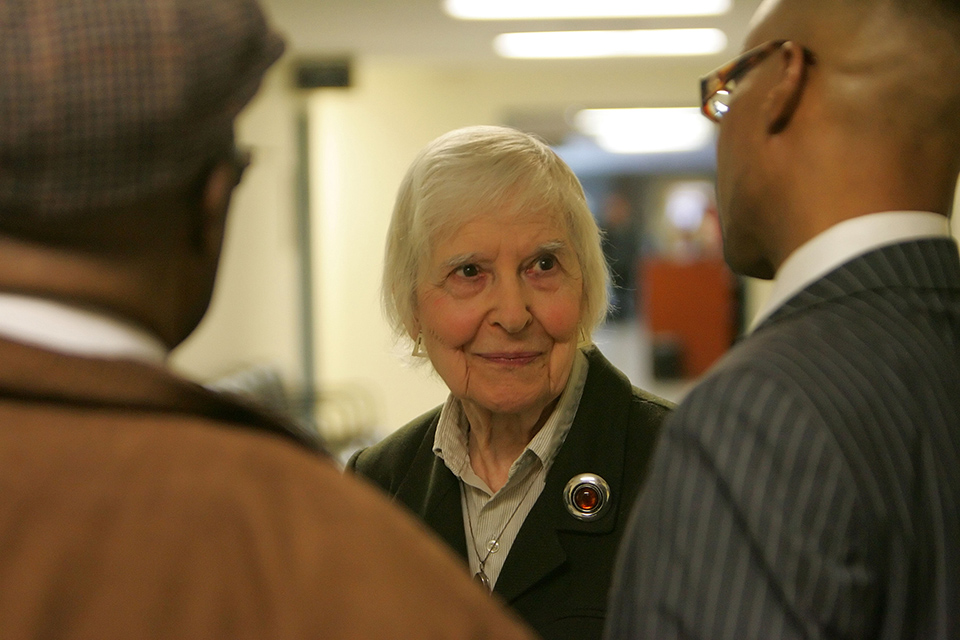 Born to immigrant parents on July 3, 1918, in the Bronx, N.Y., her lifelong interest in housing issues began while a student at Barnard College. Through a New Deal program known as the National Youth Administration, Siegel interned with a newly formed organization called the New York Legislative Service, where she was assigned to the field of housing.

After Barnard, Siegel graduated from Yale Law School as the only woman in the Class of 1941 (a class which included Gerald Ford ’41 and Potter Stewart ’41), and continued to break through her share of glass ceilings during her career.

Upon hearing Siegel was having trouble finding a job after graduation, Professor Arthur L. Corbin wrote potential employers encouraging them to hire her. “She is one of the best in industry, in mental power and in personality. Anyone who employs her in legal work will have reason to be thankful to us,” he wrote.

She worked as an attorney at Proskauer, Rose & Paskus, becoming the firm’s first female attorney. Volunteering with the American Civil Liberties Union, Siegel was involved in the Supreme Court case against Japanese internment camps of the early 1940s. In 1945, she became Executive Director of the New York Citizens Housing Council. In 1959, she headed the New York State Attorney General’s first Civil Rights Bureau. She wrote the pioneering work, The Law of Open Space, and was Solicitor General in New York State from 1979 until 1982.

Even into her 90s, Siegel took on pro bono cases, working with the Lawyers Foreclosure Network to provide legal assistance to low-income homeowners facing foreclosure.

“It’s a different kind of law practice, representing individuals,” Siegel told the Yale Law Report in 2011. “So here I am at the very end of my career with a new kind of experience.”

In 2019, at the age of 100, Siegel received the Barnard Distinguished Alumna Medal celebrating her distinguished career during the school’s commencement at Radio City Music Hall.

Read the full obituary for Shirley Adelson Siegel ’41 in The New York Times.