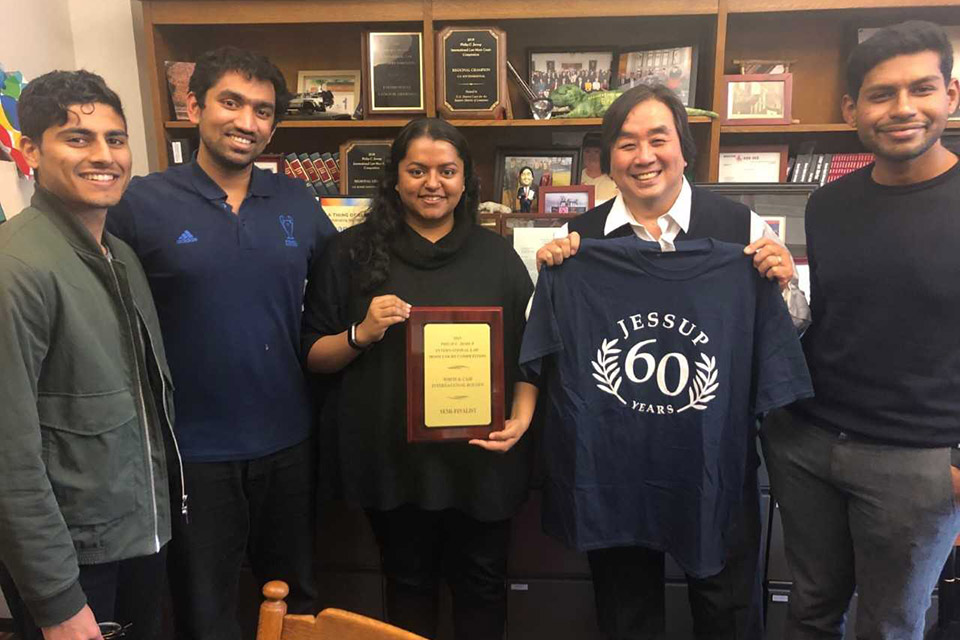 Sivaram was also ranked as the Best Oralist in the Preliminary Rounds, while Kethireddy ranked ninth. Teams from over 90 countries participated in the International Rounds, and over the course of the competition, the Yale team competed against teams from all over the world including Zambia, Italy, Canada, Indonesia, New Zealand and the United States.

Char, Garg, Kethireddy and Sivaram were also members of last year’s team that reached the quarterfinals of the International Rounds. This year, the team qualified for the International Rounds by winning the U.S. regional round in New Orleans, Louisiana. Garg was the Best Oralist in New Orleans, Kethireddy and Sivaram were tied for second, and Char was eighth.

Sivaram said, “In addition to being a moot court competition, for the last two years the Jessup has been a central part of my legal education. This year’s problem forced us to grapple with issues such as state responsibility for corporate action, and balancing environmental protection with public health interests — some of the very same questions that the international community is trying to find answers to.”

The Jessup deals with a fictional dispute between countries before the International Court of Justice, the judicial organ of the United Nations. This year’s problem dealt with issues concerning the responsibility of states for the conduct of corporations, states’ obligations to protect biodiversity and the human rights of indigenous populations, and the appropriate remedy for the uncompensated use of traditional knowledge.