Well, one of the things about my career that I really feel the most proud of is that I've had an opportunity to work in the public sector, and the private sector, and the social sector. And when I think about the problems that the world is facing that are the most intractable, I actually think what we need are these kind of triple impact leaders. People who really understand the challenges that the public sector faces, and the important role that it has to play, actually, in solving I think most problems, as well as really understanding the private sector's contribution in that.

But in the main, I've spent the last probably 10 years of my life in the social sector. I was the Chief Operating Officer for the Planned Parenthood Federation of America based in New York City, which is the national headquarters for Planned Parenthood. And for the last seven years, I have worked at the Harambee Youth Employment Accelerator, which is a South African-based organization tackling the problems of youth employment on the African continent.

My experience at law school I often talk about as a big changing point in my life. I had come to Yale after finishing graduate school at Oxford as a Rhodes scholar. And then had done a stint at McKinsey and Company doing consulting work. And coming to the law school I think with a little bit of work experience and probably a little bit of age, I think allowed for me to make the most of, I think, the incredible freedom that this place can give you, and a sense of defining your own rules and not playing the game everybody around you may be stressed out and playing.

And so it was a period of, I think, immense actually happiness, which is I'm not sure a word that people use to describe their law school career. But I just think of it as probably three of the fondest years of my life. I felt like it was a chance to just be who I wanted to be. And again, I think that was in large part because I had dealt with a lot of I think my own issues prior to coming.

You can kind of keep messing up for a long time before it really matters, because once you've made it to Yale Law School, it's probably going to be OK. So I just want to repeat that. It's probably just all going to be OK. I had really no idea. I had come from working at McKinsey. I had felt like I was done with more school, and so I knew this was going to kind of be my last degree. And I never took the bar.

I actually left the law school, went to the clerkship on the Seventh Circuit Court of Appeals with now Chief Judge Diane Wood, and what that actual experience solidified for me was that my curiosity about the kind of judicial system was fully satisfied within the clerkship, and that what I took from Yale Law School was actually more the thinking skills and the writing skills, and that I could take those into many other realms. And so I think follow in the footsteps of many other Yale law graduates who ended up maybe not directly in the legal field, but I think adjacent to some of the issues that animate why we all come to law school in the first place.

I had no immediate plans to live on the African continent. And I ended up there because I fell in love, which is an important part of my story, as well. And I think that the more that students really think about globalization needs, not just I think the very hard work that I think is left in the United States, but an opportunity to think about actually how common many of the challenges are that we're facing, and that if we can count on Yale Law School to be, I think, a leader in understanding where the whole world is heading, and where Africa is heading, and where the issues that are going to I think connect so many-- China, Europe-- connect so many of these superpowers in the future, I would really hope that that's a place that students would open their minds, and expand their horizons, and think about.

Because I think for me, it's now I'm very far away, watching the United States, and actually thinking that the more that schools like Yale produce leaders who can have that same perspective I think that it will hold the world in good stead.

Maryana Iskander talks about her experiences at Yale Law School and working in the social sector. 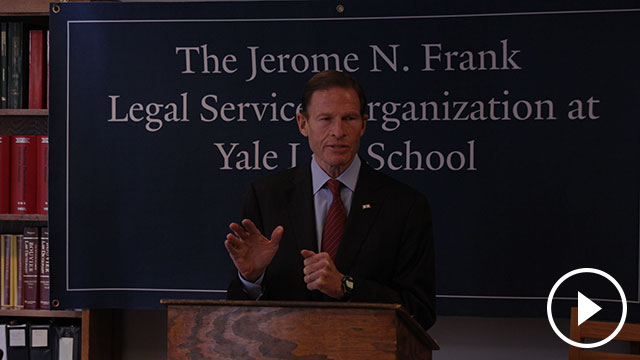 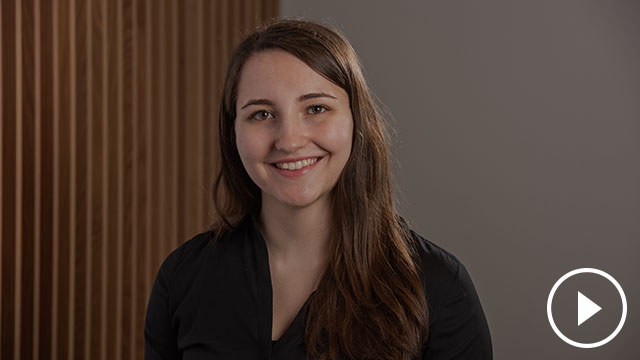 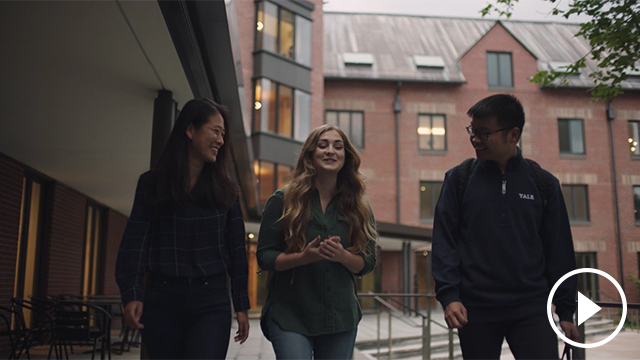 Lead in Many Dimensions