Susan Rose-Ackerman is Henry R. Luce Professor Emeritus of Law and Political Science and Professorial Lecturer in Law, Yale University. She has published widely in the fields of law, economics, and public policy, and she has edited nine books on aspects of corruption and administrative law. 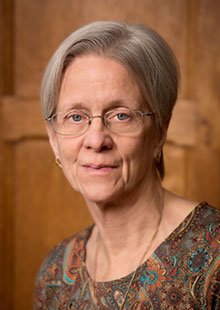 Susan Rose-Ackerman is Henry R. Luce Professor Emeritus of Law and Political Science and Professorial Lecturer in Law, Yale University. In 2021, Yale University Press will publish Democracy and Executive Power: Policymaking Accountability in the United States, the United Kingdom, Germany and France, a culmination and synthesis of her past work in policymaking and comparative public law. She is the author of Corruption and Government: Causes, Consequences and Reform (1999, 2d edition with Bonnie Palifka, 2016), Due Process of Lawmaking: The United States, South Africa, Germany, and the European Union (with Stefanie Egidy and James Fowkes, 2015); From Elections to Democracy: Building Accountable Government in Hungary and Poland (2005); Controlling Environmental Policy: The Limits of Public Law in Germany and the United States (1995); Rethinking the Progressive Agenda: The Reform of the American Regulatory State (1992); and Corruption: A Study in Political Economy (1978). Her edited book, Comparative Administrative Law (2nd edition, with Peter Lindseth and Blake Emerson), was published in 2017. She holds a Ph.D. in economics from Yale University and has held fellowships at the Wissenschaftskolleg zu Berlin, at the Center for Advanced Study in the Behavioral Sciences in Palo Alto, at Collegium Budapest, the Stellenbosch Institute for Advanced Study in South Africa, Queen Mary University of London, and from the Guggenheim Foundation and the Fulbright Commission. She holds honorary degrees from the University of Maastricht, the Netherlands, and the Universidad Peruana de Ciencias Aplicadas Lima, Peru. She has published widely in the fields of law, economics, and public policy, and she has edited nine books on aspects of corruption and administrative law. She was a member of the High Level Panel of the Financial Accountability and Transparency Initiative for Achieving the 2030 Agenda [FACTI], whose report was published in 2021. Her research interests include comparative regulatory law and policy, the political economy of corruption, public policy and administrative law, and law and economics.

Yale Law School’s renowned faculty published an extraordinary collection of books and scholarship in 2021. Here’s a look back at the year in books published by YLS faculty and lecturers in law.

In her new book, “Democracy and Executive Power,” Professor Susan Rose-Ackerman undertakes a comparative study of executive policymaking in four countries and argues that public participation in the rule-making process is imperative in modern democratic government.

Henry R. Luce Professor Emeritus of Law and Political Science Susan Rose-Ackerman spoke at the University of Barcelona and launched the Spanish translation of the second edition of her book Corruption and Government, coauthored with Bonnie Palifka.

PolitiFact: Obstruction of justice, presidential immunity, impeachment, what you need to know

Susan Rose-Ackerman is Henry R. Luce Professor of Law and Political Science at Yale Law School and Sinead Hunt ’14 is an attorney.

Can a President Trump avoid conflict of interests?

Henry R. Luce Professor of Jurisprudence Susan Rose Ackerman is quoted in an article on Donald Trump’s conflicts of interest. 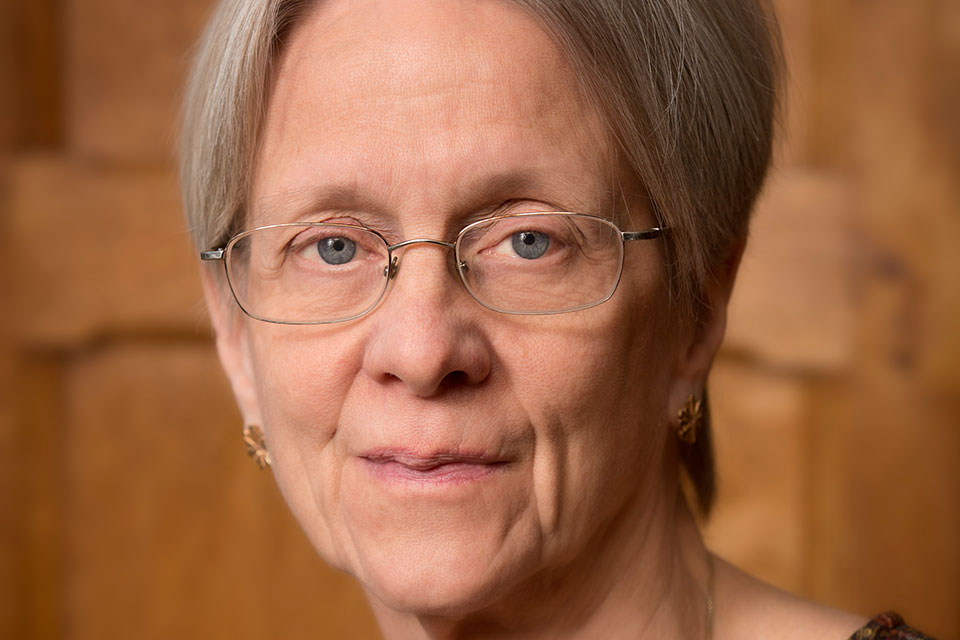 Susan Rose-Ackerman and Bonnie J. Palifka have published the second edition of Corruption and Government: Causes, Consequence, and Reform with Cambridge University Press. 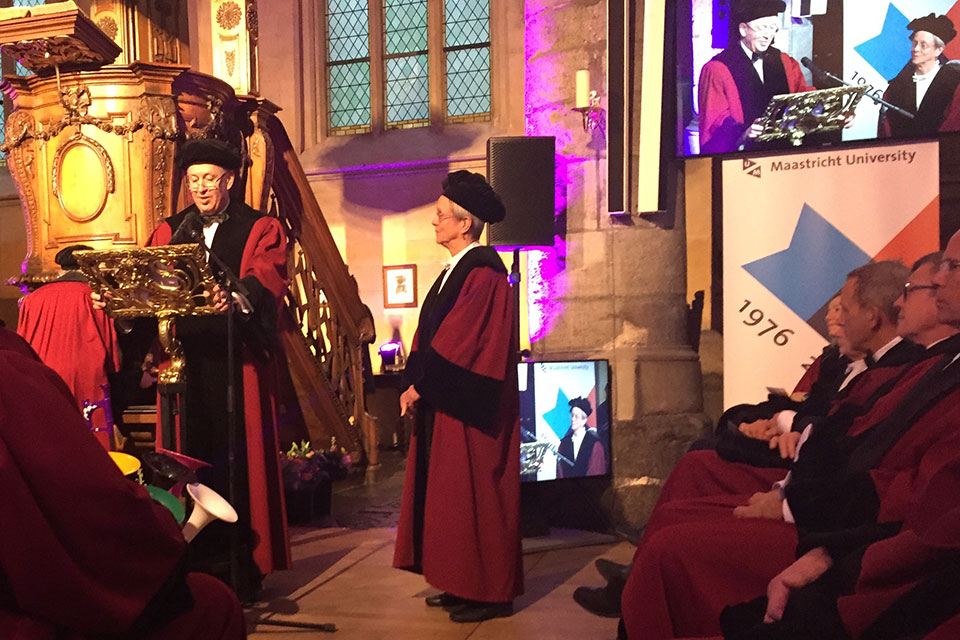 Susan Rose-Ackerman received an honorary doctorate from the University of Maastricht (UM) in the Netherlands on the occasion of its fortieth anniversary at the opening convocation on January 11, 2016. 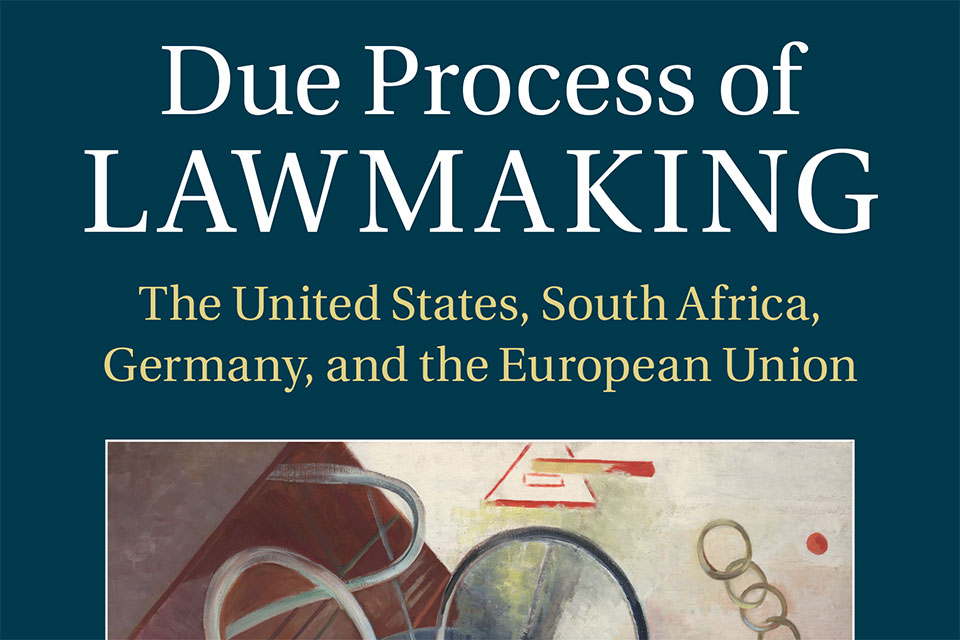 Susan Rose-Ackerman Co-Authors Book on the Law of Lawmaking

In the new book Due Process of Lawmaking: The United States, South Africa, Germany, and the European Union, co-authors Susan Rose-Ackerman, Stefanie Egidy ’11 LLM, and James Fowkes ’10 LLM, ’14 JSD examine the law of lawmaking. This comparative work deals broadly with public policymaking in the legislative and executive branches.

On June 13-17, 2011, the Rockefeller Foundation conference facility in Bellagio, Italy, was the setting for a workshop co-organized by Susan Rose-Ackerman, Henry R. Luce Professor of Jurisprudence (Law and Political Science) with Paul Carrington, Emeritus Professor of Law and former Dean at Duke Law School.

Susan Rose-Ackerman, Henry R. Luce Professor of Jurisprudence at Yale Law School, had a busy May and June lecturing in Europe and Latin America.

On January 12-13, 2008, the China Law Center co-hosted a workshop on anti-corruption law and policy with Peking University’s Administrative and Constitutional Law Research Center.