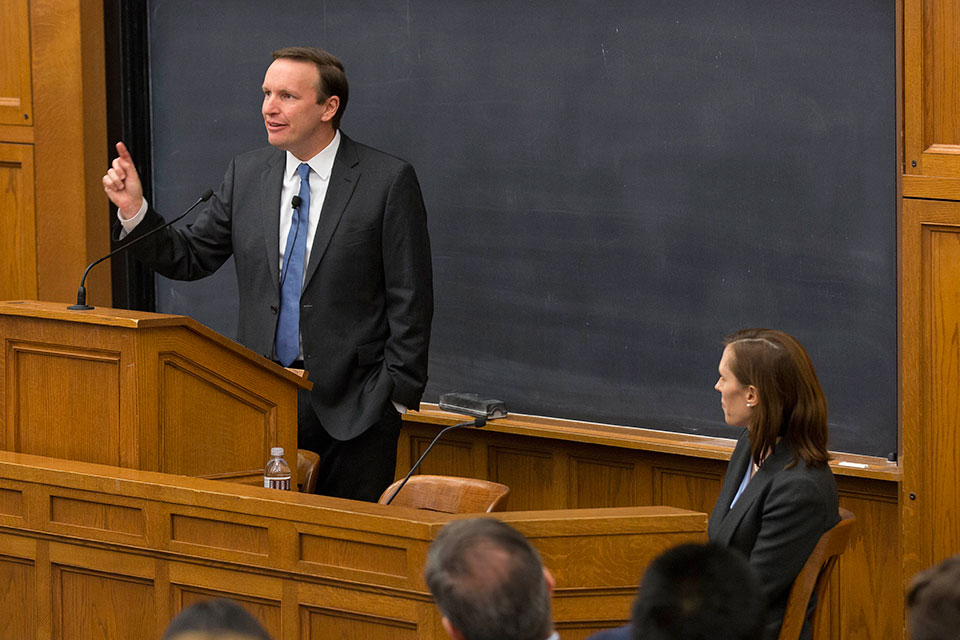 On Friday, October 13, the Yale Law School Center for Global Legal Challenges and Yale University’s Jackson Institute for Global Affairs hosted a day-long symposium on the role of Congress in foreign policy.

Senator Chris Murphy (D-CT), a member of the Senate Foreign Relations Committee, delivered keynote remarks, which can be viewed here. Senator Murphy discussed what he called Congress’ “wholesale abdication of its traditional responsibility to co-set foreign policy priorities with the President.” 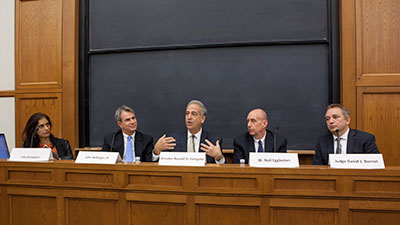 The conference explored both the law and contemporary practice of the legislative branch in shaping U.S. foreign relations, including what lessons can be drawn from the first year of the Trump administration. One panel focused on Congress and the President’s war powers, asking whether Congress can reassert itself in checking, authorizing, and guiding the President’s use of military force. The panelists debated the extent to which the 2001 Authorization for the Use of Military Force provided sufficient legal justification for the U.S. campaign against ISIS. A second panel discussed congressional involvement in the making of and withdrawal from international agreements, with a focus on the Paris climate agreement and the Iran nuclear deal.

The panels can be viewed here:

Panel 2: 10:30a-11:45a - Congress and the Making of and Withdrawal from International Agreements

The conference was supported by the Oscar M. Ruebhausen Fund at the Yale Law School.