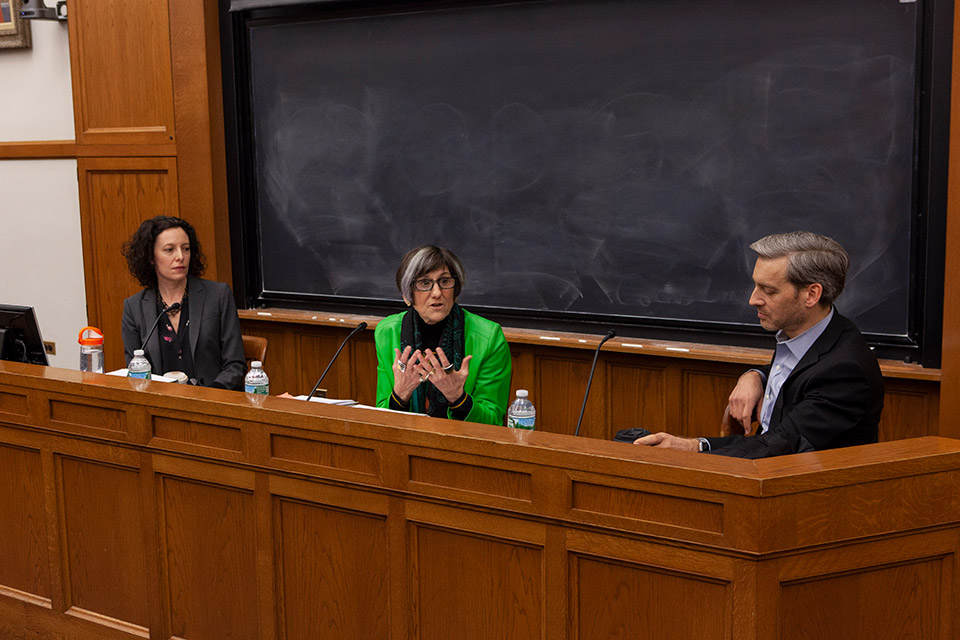 Hoffman situated the conversation by describing some of the various Democratic proposals to expand health care access, including so-called “Medicare for All” plans. Representative DeLauro discussed the Medicare for America bill she proposed along with U.S. Representative Jan Schakowsky (D-Illinois) at the end of 2018. 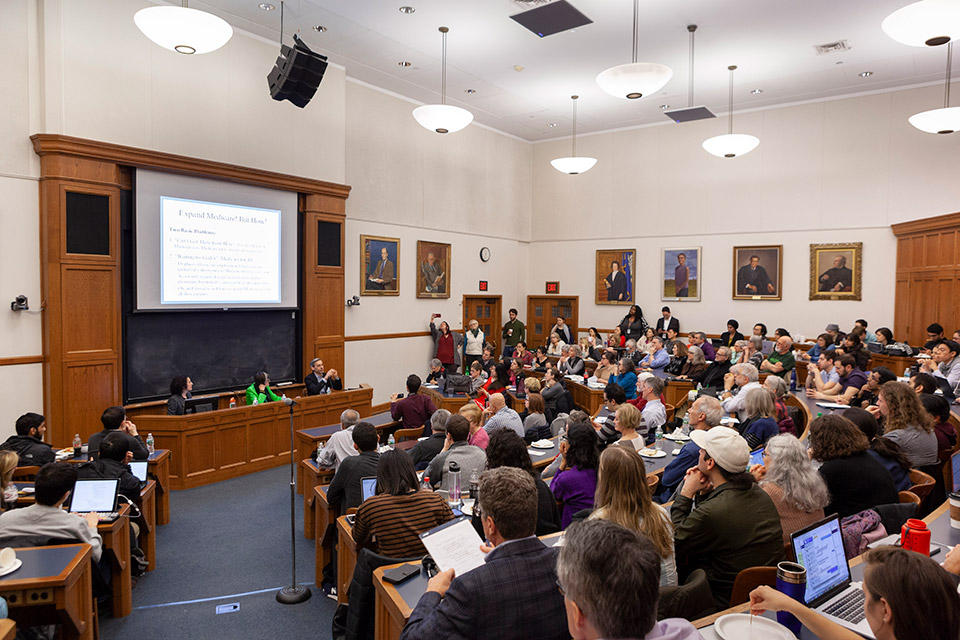 The bill was modeled on Hacker’s “Public Option” plan, which proposes that the federal government offer a health insurance plan by expanding the current Medicare system that competes with plans from private companies. DeLauro pointed out that one key component of her proposal would be to curtail and control the rising costs of health care. Funding for the plan would be provided by rolling back Trump’s tax cuts and increasing many other taxes.

The discussion was followed by audience Q&A including New Haven community members, Yale Medical Students, and Yale Law Students. Questions pushed Representative DeLauro on leaving private insurance intact alongside expanded Medicare and the feasibility of her bill to succeed in the current political climate.

See a summary of the Medicare for America proposal, and the entire bill.