When the State Fails: Maternal Mortality and Racial Disparity in Georgia 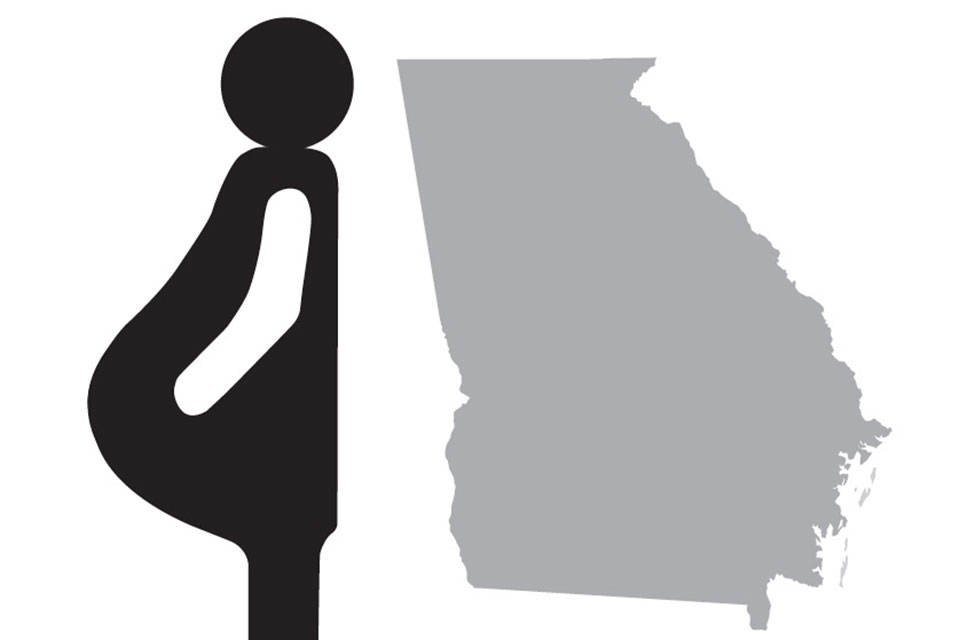 A policy report released by the Yale Global Health Justice Partnership (GHJP) asserts that the state of Georgia is failing in its obligations to women by making decisions that perpetuate a maternal mortality crisis disproportionally impacting Black women.

Titled “When the State Fails: Maternal Mortality and Racial Disparity in Georgia,” the report was conceptualized by the GHJP in collaboration with the Black Mamas Matter Alliance (BMMA) and the Center for Reproductive Rights (CRR). Primary research and writing was conducted by students in the spring 2017 GHJP Clinic, with further writing and editing by the GHJP with guidance from external reviewers. Read the complete 77-page report and a 21-page Executive Summary that outlines key findings, conclusions, and recommendations from the full report.

“Maternal mortality in the U.S. has worsened since the 1980s, with the U.S.—and specific states within the U.S.—standing out for their bad records,” said Ali Miller, Co-Director of GHJP and one of the contributors to the report. “This state-by-state specificity raises critical flags for state policy: what are the factors that account for the vast difference between states? Why are state-level policy makers allowing these factors to continue to harm women? How are states, and the federal government, implicated in the perpetuation of these deaths, and how can we mobilize evidence showing the need for structural reform?”

The report sets itself within a broader, and quickly intensifying, national conversation about the state of maternal health in the United States. Breana Lipscomb, Manager of the U.S. Maternal Health and Human Rights Initiative of CRR, noted the timely contribution of the report. “This vital report sheds a new light on the ongoing national crisis in maternal health care and the disturbing implications of the failure of state lawmakers to address a problem that disproportionately harms Black women,” she said.

Maternal deaths are neither inevitable nor natural, but can be linked to decisions made by states, according to the report. Building on this idea of state accountability, GHJP examined system failures, including policies and institutional factors, contributing to maternal mortality and racial disparities in one state fairing particularly poorly: Georgia.

A 2010 Amnesty International report flagged Georgia as the U.S. state with the worst maternal mortality. At the time of the report’s research, Georgia was 48th in the nation, and in 2016 its pregnancy-related maternal mortality ratio was 40.8 deaths per 100,000 live births overall, 27.1 for white women, and 62.1 for Black women.

The maternal mortality situation in Georgia, while more dire than other states, mirrors national trends. According to the Centers for Disease Control and Prevention, Black women are three to four times more likely to die from pregnancy-related complications than white women—and the disparity persists across socioeconomic and education levels. The report draws attention to the fact that this racial inequity is situated within another cause for concern: The United States is currently one of only thirteen countries in the world where maternal mortality is worse now than it was 15 years ago, making it an outlier among all other post-industrial ‘developed’ countries.

The report’s authors were concerned by the tendency for poor maternal outcomes to be pinned on women for their personal behaviors or chronic medical conditions (e.g. diabetes, obesity). As they argue in the report, this misplaced allocation of responsibility fails to recognize that individual decisions are influenced and many times narrowly circumscribed by environments, which in turn are shaped by key state-level decisions.  Moreover, the evidence shows that these underlying conditions need not produce maternal death in communities with appropriate health services.

One of the primary aims of the report, therefore, is to suggest that reforms to policy structures are central to changing the pattern of maternal health disparities. “So often the state level solutions that are recommended are focused on individual behavior change rather than examining the systemic failures that contribute to and exacerbate the racial disparity,” said Kwajelyn J. Jackson, member of the Steering Committee for BMMA. “What we hope that policymakers will take from this report is the imperative call to make a real investment in Black women’s holistic care and implement state and federal policies that promote affordable, comprehensive, and accessible maternal health care that is free of gender and racial discrimination and informed by the lived experiences of Black women.”

The report is structured around the analysis of four state-level system failings in Georgia, namely: access to and quality of care, health insurance access and pricing, funding for maternal health, and accountability around data analysis and use, specifically with regards to the state’s maternal mortality review committee (MMRC). The report also explores the potential role of religious leadership, particularly Christian churches within Black communities, in strengthening pathways associated with improvements in maternal mortality.

As an example of state failure to take adequate steps to address maternal death, the report details that in 2013, Georgia established a MMRC with the charge to carry out investigations into cases of maternal death and develop recommendations for the legislature and health providers. When well-designed and functional, MMRCs have the potential to play a critical role in building accountability measures to facilitate change in racial disparities and maternal mortality. The report argues that at present, however, Georgia’s MMRC “does not accomplish basic tasks critical to meaningful investigation and intervention into maternal deaths.”

Through its desk research and interviews, the GHJP team found that while the MMRC meets the bare minimum for national procedural requirements, to date it has released only one report: a case review with substantial missing data, minimal concern for racial disparities in maternal outcomes, and no mechanism for its recommendations to be implemented or evaluated. They also stressed that the committee has consistently exhibited a lack of transparency and responsiveness to public inquiries around its membership, communications, and proceedings. The report recommends that federal and state entities strengthen the MMRC by developing more comprehensive standards, support for key capabilities such as contextual forensic investigations, as well as accountability mechanisms.

Moreover, the report examines the multiple barriers women in Georgia, especially Black women and those residing in rural areas with healthcare deficits, face in accessing and utilizing maternal and obstetric care. For Black women, the report maintains that past and present experiences of structural racism can impact their mental and physical wellbeing, as well as the quality and appropriateness of the care they receive within formal healthcare settings.

Poonam Daryani, GHJP Clinical Fellow, elaborated on these barriers that leave women at risk for poor maternal outcomes: “Failures in care can arise at institutional levels, such as poorly performing hospitals serving predominantly Black patients, and also at interpersonal levels—such as providers who dismiss and neglect to respond appropriately to patient concerns,” she said.

Turning to the state’s insurance and funding decisions, the report considers how Georgia’s decision not to expand Medicaid under the Affordable Care Act has left many lower income women of reproductive age without the insurance coverage they need to access affordable and comprehensive care before and 60 days after their pregnancies. The state also continues to fund Crisis Pregnancy Centers, facilities grounded in right-wing Christian and anti-abortion ideologies that often provide misinformation around abortion risks and contraceptives and rarely have staff with medical training or licensure.

By focusing on state-level systems under the influence of policy makers, the report aims to understand and guide structural changes that can ameliorate the burdens of maternal death, particularly on those most vulnerable in this crisis.

The Yale Global Health Justice Partnership (GHJP) is a program hosted jointly by Yale Law School and Yale School of Public Health that tackles contemporary problems at the interface of global health, human rights, and social justice. The GHJP is pioneering an innovative, interdisciplinary field of scholarship, teaching, and practice, bringing together diverse leaders from academia, non-governmental, and community-based organizations to collaborate on research projects and the development of rights-based policies and programs to promote health justice.

The research for this report was supported by a grant from the Oscar M. Ruebhausen Fund at Yale Law School.

Inquiries can be sent to Sarah Aquilla, sarah.aquilla@yale.edu.

Students, faculty, alumni, and public interest advocates from across the country marked the Liman Center's 25th anniversary on April 7-9.

Liman Center Marks 25 Years and Looks to the Future