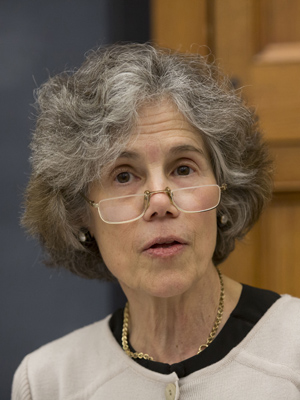 Resnik has led the Liman Center at its inception in 1997. During this past year, she has continued to work on her book, Impermissible Punishments, supported by a 2018-2020 Andrew Carnegie Fellowship. Much of this year was also focused on aiming to alleviate some of the harms of COVID for people in detention. In the spring of 2020, Bloomberg News ran her op-ed, Protecting Prisoners in Pandemics Is a Constitutional Must, and she submitted a declaration in several jurisdictions about the availability of provisional remedies for judges responding to COVID litigation. One of her articles, Preclusion and Inaccessible Arbitration: Data, Non-Disclosure, and Public Knowledge (with Stephanie Garlock and Annie J. Wang) published in 2020 in a symposium in the Lewis & Clark Law Review, was the basis for a March 2021 op-ed, Unlocking courts: Ending arbitration mandates and gag orders in Hearst media Connecticut news outlets. Other recent essays include The Puzzles of Prisoners and Rights: An Essay in Honor of Frank Johnson in a symposium in the Alabama Law Review; (Un)Constitutional Punishments: Eighth Amendment Silos, Penological Purposes, and People’s “Ruin,” and Constituting Security and Fairness: Reflecting on Charles Reich’s Imagination and Impact, both in the Yale Law Journal forum. 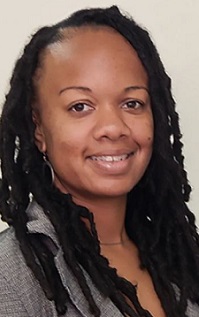 Taylor '10 was a member of the Prison Legal Services and New Haven Legal Assistance clinics while a law student, as well as a student co-convener of the Liman Workshop. Since graduating, she has worked as an attorney at the Equal Justice Initiative (EJI) in Montgomery, Alabama, representing incarcerated clients challenging their convictions, sentences, and inhumane conditions of confinement. Her clients have included men and women on death row and people sentenced to life without parole as children. Taylor also researched, wrote, and spoke as part of EJI’s public education project linking mass incarceration and American racial history. In addition, she contributed content and design to exhibits for The Legacy Museum: From Enslavement to Mass Incarceration and The National Memorial for Peace and Justice. Taylor holds a B.A. in comparative studies in race and ethnicity from Stanford University and a master’s in journalism from Columbia University. In addition to serving as primary editor, researcher, and contributing author of multiple EJI reports on racial history, she has published many law review articles and media pieces on race and law, and spent three months researching comparative criminal law in South Africa. 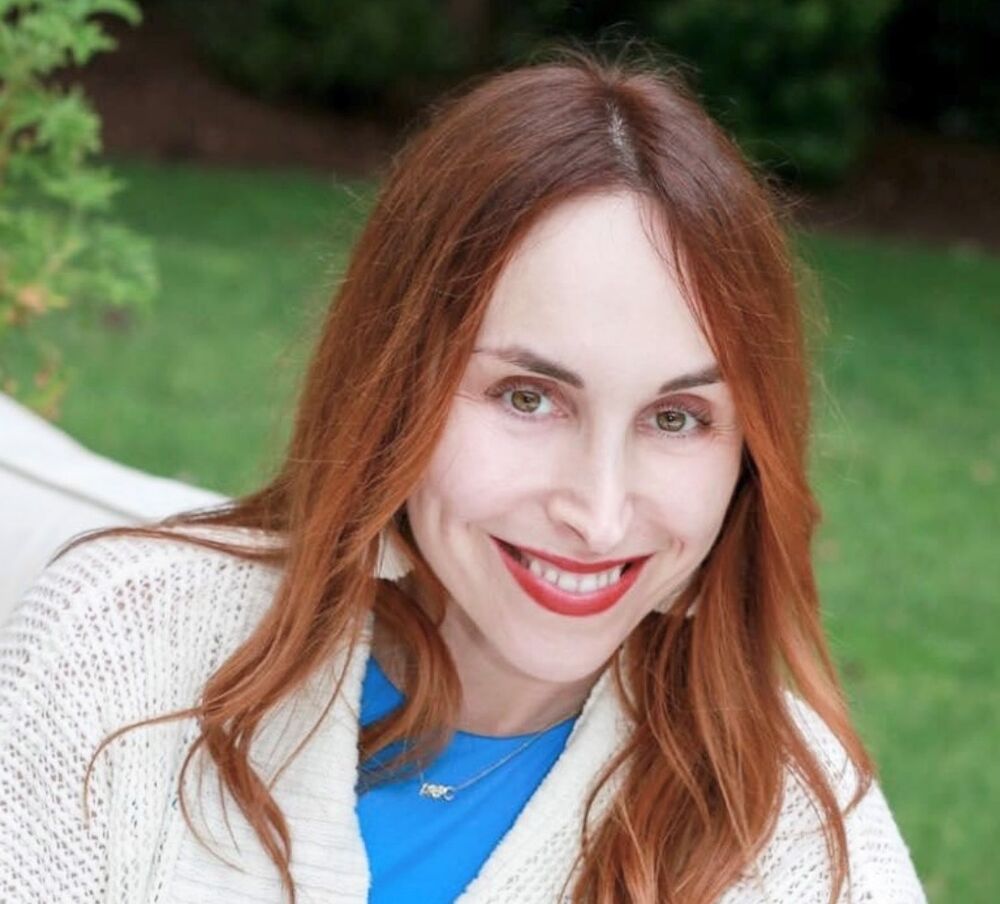 Agosta helps coordinate all aspects of the Liman Center. Prior to moving to Connecticut and joining the Liman Center, this native New Yorker was a Company Manager on Broadway for many years, overseeing day-to-day operations on more than fifteen musicals and plays. Agosta graduated from Georgetown University with a B.A. in English and a double minor in classics and Spanish.

Crawford leads the production and coordination of the Center’s e-newsletters, website content, annual report, and other projects to document and disseminate news about the Liman Center and its more than 170 Fellows across the United States. Prior to the Liman Center, she worked as a project manager in the Yale School of Medicine Office of Development and Alumni Affairs and as a staff writer in the Yale University Office of Development. She is the recipient of fellowships from the National Endowment for the Arts and Literary Arts. Crawford graduated from Middlebury College and earned an M.F.A. in creative writing from the University of Oregon.

Duncan is based at the Office of the Federal Public Defender for the District of Connecticut in New Haven, as 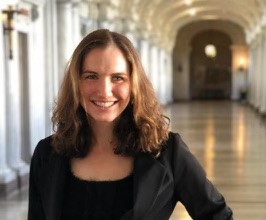 well as at Yale Law School. She is creating and compiling materials to support judges and advocates in shaping sentences that do not use incarceration and to develop less coercive community supervision for convicted individuals. In addition, she is supervising Yale Law students in developing resources on these issues. Duncan holds a B.A. in classics from Brown University. While a student at Yale Law School, she was a student director of the Liman Center and a co-chair of the Asylum Seeker Advocacy Project. Prior to becoming a Fellow, she clerked for Judge Andrew D. Hurwitz of the United States Court of Appeals for the Ninth Circuit. Following the Curtis-Liman Clinical Fellowship, she will clerk for the Honorable John G. Koeltl of the United States District Court for the Southern District of New York. 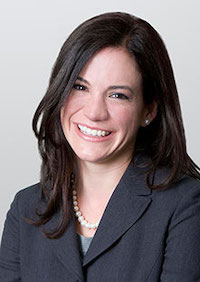 Fernandez is a Clinical Lecturer in Law and Research Scholar in Law at Yale Law School, in addition to being Senior Liman Fellow in Residence. Her research focuses on questions of prosecutorial power, ethics, and accountability. Before joining Yale Law School, she was Senior Counsel at Holland & Knight, LLP, where she worked as a fulltime member of the Community Services Team. Laura clerked for the Honorable Jack B. Weinstein of the Eastern District of New York, and was an E. Barrett Prettyman Fellow at Georgetown Law Center, where she obtained her LL.M. She holds an A.B. in Literature from Harvard College, a J.D. from Yale Law School. 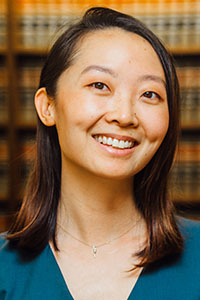 Li was recently a law clerk for Judge Theodore McKee of the U.S. Court of Appeals for the Third Circuit. After graduating in 2019 from NYU School of Law, she held a fellowship at the New York Civil Liberties Union, where she worked on behalf of people in prison and on parole. She was lead counsel in the monitoring of Ligon v. City of New York, a lawsuit challenging NYPD patrols of private apartment buildings. Li graduated from Princeton University. While at NYU School of Law, she was a Root-Tilden-Kern Public Interest Scholar, a member of the Equal Justice Initiative and Federal Defender clinics, and an intern in public defenders’ offices. Before law school, Li created and ran academic tutoring programs in prisons and jails with the Petey Greene Program. 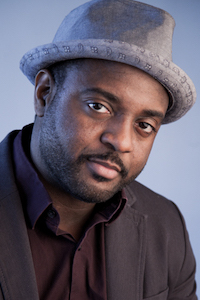 Betts is a Ph.D. candidate at Yale Law School and the critically acclaimed author of three collections of poetry and a memoir. He conceptualized The Million Book Project, funded by the Mellon Foundation, to bring 500 books, a Freedom Library, to 1,000 prisons and juvenile detention centers across the country. His latest book, Felon: Poems, won the NAACP Image Award and the American Book Award and was a finalist for the Los Angeles Times Book Award. He has been awarded fellowships by the Guggenheim Foundation, the National Endowment for the Arts, the New America Foundation, Harvard’s Radcliffe Institute of Advanced Studies, and the Open Society Foundation. Betts is also a commissioner on the Connecticut Criminal Justice Commission, and his research focuses on the effects of state administrative law on incarceration and the genesis and long-term societal consequences of incarcerating juveniles with adults. As a Liman Fellow in 2016-2017, he worked in the New Haven Public Defender’s Office. He holds a J.D. from Yale Law School. 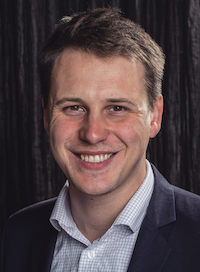 Highsmith is pursuing a Ph.D. program in Government and Social Policy at Harvard. He has been central to the Liman Center’s organization of a series of webinars on Fines, Fees, and Government Funding, which aim to bring together experts in public finance and in monetary sanctions to remedy the unjust use of money as punishment. His article, Defund Our Punishment Bureaucracy, was published in June 2020 in The American Prospect. Brian’s current research focuses on the budgetary costs to governments of policing and punishment systems and the connections between residential segregation and local governments’ reliance on criminal fines and fees. After graduating from Yale Law School in 2017, Highsmith was a Skadden Fellow at the National Consumer Law Center. He has also worked on policy at the White House National Economic Council, the Center on Budget and Policy Priorities, and the office of Senator Cory Booker. 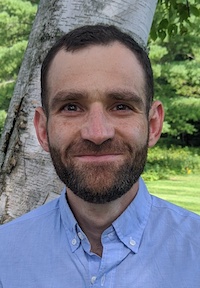 Petkun received his J.D. from Yale Law School and his Ph.D. in economics from MIT, where he was a National Science Foundation Graduate Research Fellow. His research uses the tools of applied microeconomics to study questions in empirical civil procedure, employment law, and tax. Petkun is especially interested in how the legal and economic organization of large public institutions in the U.S.—particularly the military and state and federal courts—affect the lives of individuals who participate in them. With Judith Resnik, he has explored how publicly available data can shed light on the structure and practices of the federal courts, and how data collection and dissemination could be improved to advance this understanding. His research now investigates how civil filing fees affect access to courts for low-resource litigants and whether discretionary fee waivers mitigate these barriers. Petkun is a graduate of Swarthmore College and a veteran of the U.S. Marine Corps.