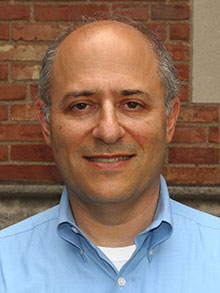 Gordon Silverstein oversees the Law School’s graduate degree programs, including the LL.M., M.S.L., J.S.D., and Ph.D., as well as the Visiting Researcher and Law Teaching programs. Before Yale, Silverstein served for many years as a faculty member in Political Science at the University of California, Berkeley. Silverstein is the author of two books — Law’s Allure: How Law Shapes, Constrains, Saves and Kills Politics (Cambridge University Press), which won C. Herman Pritchett Award from the American Political Science Association’s Section on Law and Courts for best book of the year in 2009, and Imbalance of Powers: Constitutional Interpretation and the Making of American Foreign Policy (Oxford University Press). He is the co-editor of Consequential Courts: Judicial Roles in Global Perspective (Cambridge University Press) as well as articles and book chapters on the separation of powers, comparative constitutional law, and judicial review. After attending Cornell University, Silverstein worked as a journalist for the Wall Street Journal in New York and Hong Kong and for the San Francisco Chronicle before earning his Ph.D. in political science at Harvard University. In addition to his academic appointments, Silverstein also served as Director of the Fellows Program at the nonpartisan New America Foundation in Washington, D.C. from 2000–2002.