A Foundation of Service

Veterans are matriculating at Yale Law School in greater numbers than ever before, bringing with them a wealth of knowledge and leadership experience and enriching the community in classrooms, clinics, and beyond. Since 2017, the number of veterans attending Yale Law School has more than tripled thanks to the School’s increased recruiting and participation in the Yellow Ribbon Program, which helps veterans pay for tuition that the post-9/11 GI Bill doesn’t cover. In the J.D. class of 2025, one in 14 students is a veteran, with their experiences spanning across all military branches. Increasing the number of veterans at Yale Law School is part of the overarching goal to bring the most capable and wide-ranging students to campus.

“I’m extraordinarily proud to have so many veterans in our midst.  Each has a remarkable story, and I’m inspired by their service to our country and this Law School,” said Dean Heather K. Gerken. “It is a privilege to work with them and to learn from them.”

Yale Law School spoke to six 1L student veterans to learn about their military service, their paths to Yale Law School, and what they hope to accomplish while they are here. 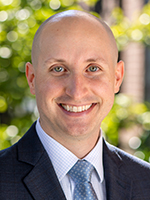 Major Kevin Beauchemin ’25 was in the right place at the right time: he was working at the U.S. Air Force Space Command when it was converted into the newest branch of the armed forces, the U.S. Space Force. “Since I was in the intelligence field and had space experience, I was pulled in,” he said. As a Weapons Instructor, he was tasked with creating the training curriculum for the next generation of Space Force personnel. 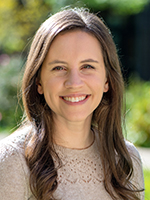 Hillary Browning ’25 enlisted in the U.S. Navy as a Mass Communications Specialist. While she won awards for her journalism, she kept her eyes on her higher-education goals. She attended Yale College as a nontraditional student and inspired others to pursue their degrees along the way. She said, “It’s a great source of pride to know that service members have been persuaded to apply to college after hearing my story.” 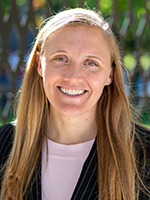 Captain Margo Darragh ’25, U.S. Marine Corps Instructor and Platoon Commander, led a ground combat engineer unit of 50 Marines specializing in explosives — including the use of explosives to achieve tactical objectives and the detection of enemy improvised explosive devices (IEDs). “My Marines really kept me on my toes,” she said. “I would joke with them that they were taking years off my life every day. But in the most dangerous moments, they looked to me to either make a decision or to be the calming force.” 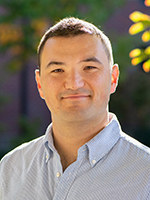 At 18 years old, Devin Froseth ’25 enlisted in the U.S. Army, where two mentors recognized his potential and encouraged him to apply to West Point for college. Later, as an Intelligence Officer who rose to the rank of Captain, he prioritized being a mentor to others. “Watching some of my subordinates and peers get promoted ahead of schedule or receive awards that they worked for, and knowing that I had a part in helping them succeed — or overcome adversity — is really what drove me as an officer,” he said. 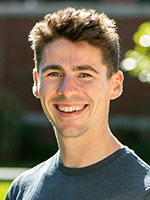 Joe Sullivan-Springhetti ’25, a Lieutenant Commander in the U.S. Coast Guard, found its life-saving mission deeply appealing. During his time captaining a ship off the coast of Ketchikan, Alaska, he felt the impact of the Coast Guard’s presence and frequent rescues. “Alaska’s Inside Passage is a part of the country that is so dependent on the Coast Guard and on the fishing communities there,” he said. 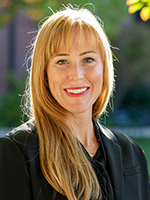 As a Combat Aviation Advisor, Air Force Major Briana Thompson ’25, flew all over the world to train and advise partner nations on their air force programs. When she encountered a glass ceiling for women in her unit, she shattered it with a white paper. “We weren’t accusatory; we were professional,” she said. “We asked in good faith and for good reason…‘Why did you hire us if you didn’t want us to do this job?”