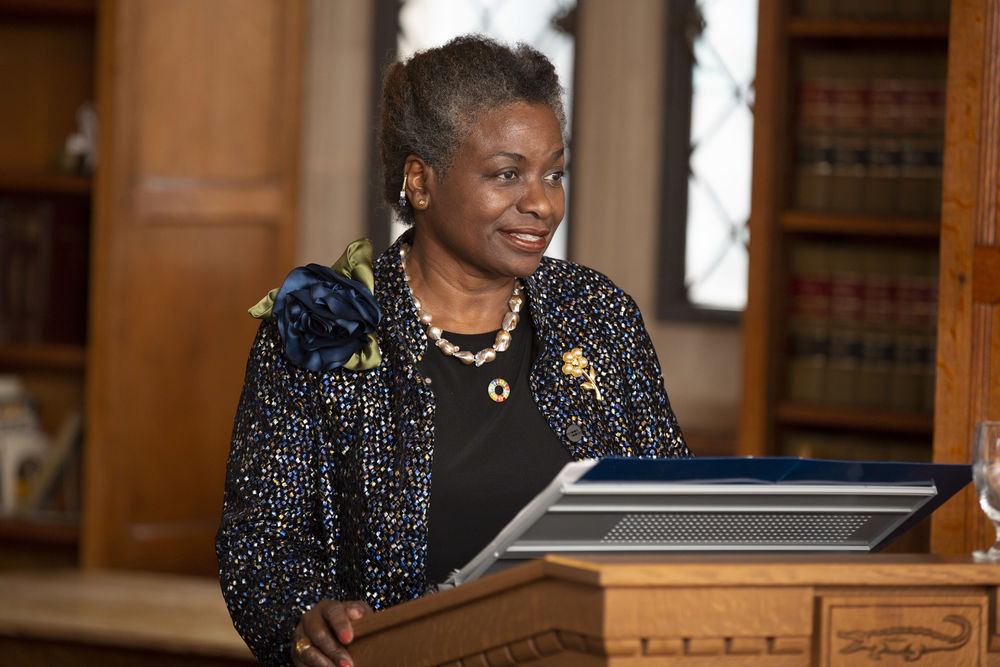 In Dr. Kanem’s lecture, “Transforming our Future: Ensuring Sexual and Reproductive Health and Rights for All,” she highlighted how realizing human rights were necessary not only for the realization of health, but especially for peace and prosperity. Progress, she said, depended on advancing gender equality and respecting autonomy, because “choice can change the world.” She pointed to backsliding in terms of gender inequality—sexual violence and female genital mutilation—arguing that it was more urgent than ever to make the structural changes necessary to fight physical and sexual violence. Citing statistics, she painted a dismal picture: one third of women facing a lifetime risk of being subjected to physical or sexual violence, or forty percent of girls living in less well-resourced countries as married before the age of eighteen. Dr. Kanem pointed out that institutionalized inequality stemmed from healthcare inequality, for example, the inaccessibility of contraceptives and information regarding birth control and family planning for adolescent girls due to cultural and other barriers.

Dr. Kanem proposed that one way in which gender equality could be achieved is by assisting young women in acquiring life skills that would translate into financial and social independence. Projects have shown extremely high returns of investment in young women’s education in low-income countries. By strengthening health service providers and the information available for not only young women, but men, students, and even teachers, Dr. Kanem stressed would move societies towards more gender equality. It was “not about making women’s lives more like men’s,” but instead about “transforming both to make them equal,” said Dr. Kanem. To do this, Dr. Kanem urged, better data collection and research was needed—as this evidence-base was critical for both the organizations and the people they hoped to help. Better evidence would lead to improved interventions across all sectors, but especially the healthcare system, which was her primary focus, as well as the legal system. Ending impunity for perpetrators of gender based violence, improving services for survivors, and so on were some of the more immediate examples that she shared. Finally, she mentioned the auspicious timing for moving on a transformative, human rights and evidence based, agenda—2019 is the 50-year anniversary of the founding of UNFPA and the 25th year of the Programme for Action, International Conference on Population and Development. Dr. Kanem’s lecture was live streamed on Yale’s Vimeo Channel, a recording of which remains available online. 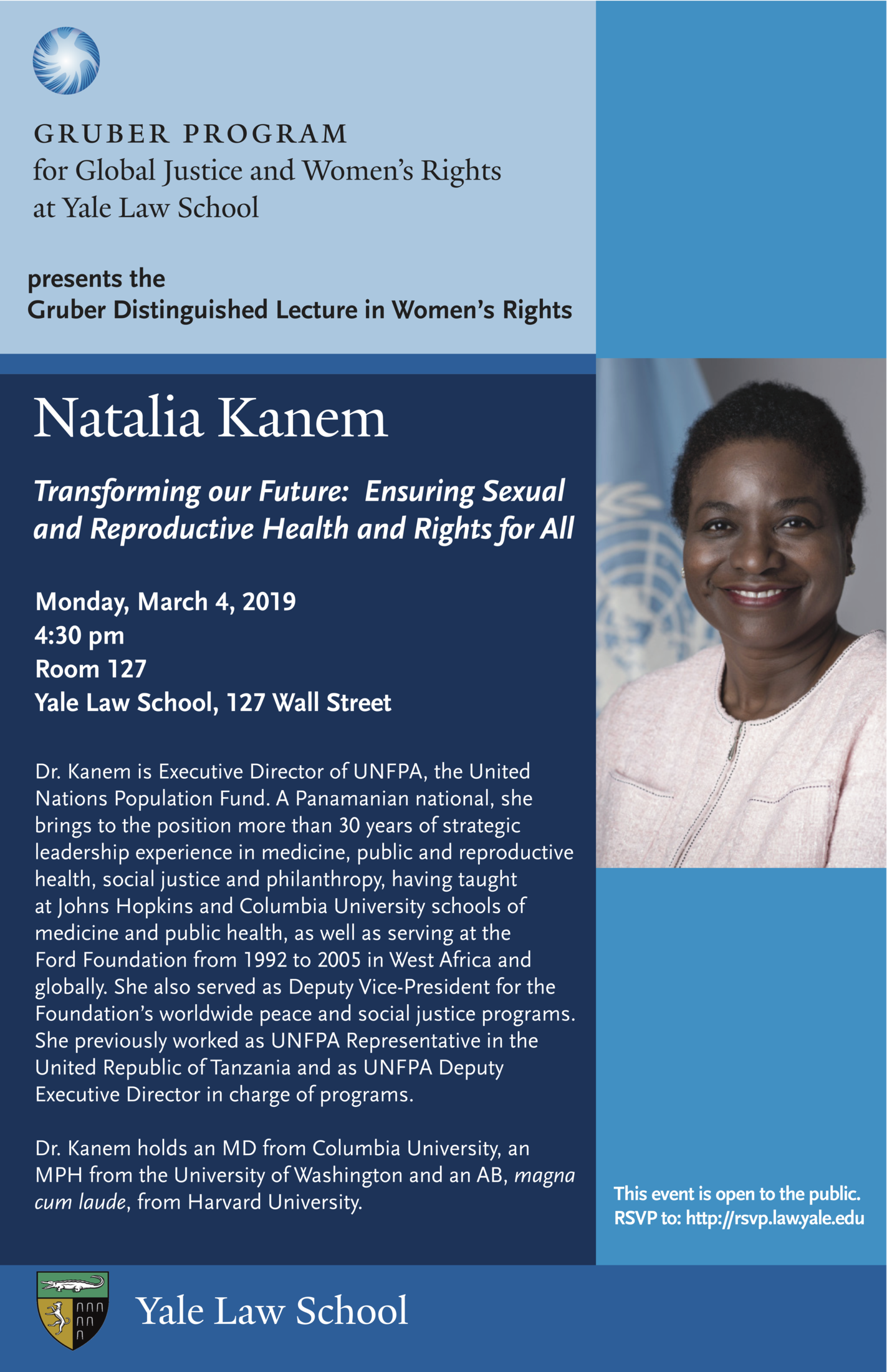