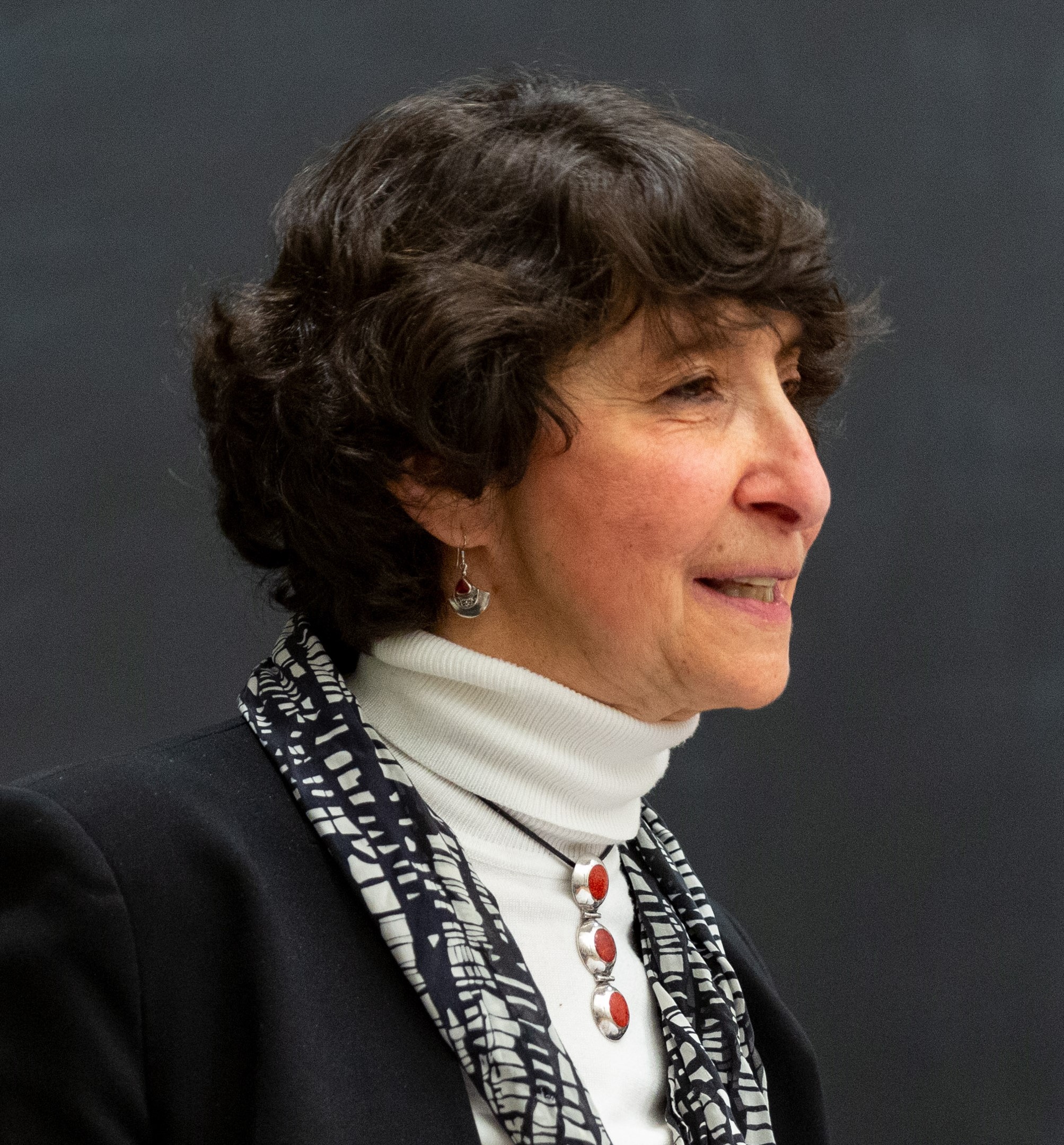 For her lecture titled “Fighting Workplace Discrimination: Lessons Learned, Challenges Ahead,” Samuels was joined by Professor Douglas NeJaime, the Anne Urowsky Professor of Law, and Professor Vicki Schultz, the Ford Foundation Professor of Law and Social Sciences. The lecture was structured as a conversation and Q&A, and discussed the fight to eradicate gender- and sexual orientation-based discrimination in the workplace. Samuels opened with an overview of the EEOC, including the organization’s internal structure and the tools at its disposal for the enforcement of Title VII of the Civil Rights Act of 1964, which prohibits employment discrimination based on race, color, sex, national origin, and religion. An agency of 2,500 people and 52 offices across the country, the EEOC is the administrative mechanism through which any complaints of employment discrimination under federal law are processed and investigated. Samuels explained that the EEOC engages in outreach in public education, provides employers with technical assistance, and publishes regulations and policy guidelines to ensure people understand their rights and responsibilities. Unlike cabinet agencies, the EEOC has five commissioners who are appointed for staggered terms of five years. At its core, the agency is a bipartisan one which currently consists of three Republican commissioners and two Democratic commissioners. Samuels commented that she considers this a strength because a diverse set of opinions, interests, and values generally make for better-informed decisions. She reflected that “The EEOC was really in the vanguard of promoting the interpretation of the law that sex discrimination inherently includes prohibitions on sexual orientation and gender identity.”

As the floor opened to questions, Samuels offered responses regarding the differences and respective benefits of state and federal law, her experience transitioning to and from government, and which current issues related to sexual orientation- and gender-based discrimination she considers the most pressing. She commended the role of states in piloting initiatives that can inform those of other states and the federal government, though she also addressed harmful initiatives that can be driven at the state level such as the criminalization and abuse of trans people. On that note, she added “There is a moral value to having the federal government express the view that certain rights are things that ought to be shared by everyone across the country.” Regarding her experience working in both the government and the public sector, she expressed that both matter and offer certain advantages. She noted that personal preference is key in deciding which sector to work in, though public interest groups offer greater autonomy while the government’s strength is its influence. With regards to current gender- and sexual orientation-based anti-discrimination efforts, Samuels celebrated the rapid development of rights and recognition for the LGBTQIA+ community since the early 2000s and attributed this progress to a combination of legal changes as well as cultural ones, each of which reinforces the other.

Samuels concluded her lecture by looking ahead to legal developments that could offer significant advances in creating an equitable workplace. She shared her optimism about the Pregnant Workers Fairness Act, a bill which has passed the House and acquired bipartisan support. The bill would allow pregnant women to be entitled to accommodations in the workplace, which would be a great step forward in women’s rights and workplace equity.

After obtaining her B.A. from Middlebury College and J.D. from Columbia University Law School, Samuels began her legal career as a Senior Policy Attorney at the EEOC’s Office of Legal Counsel in 1990. She continued her work for the federal government by serving as a Labor Counsel to Senator Edward Kennedy, during which she advocated for laws promoting collective bargaining and policies to combat workplace discrimination. Afterward, she transitioned to the nonprofit sector and served as Vice President for Education and Employment at the National Women’s Law Center from 2001 to 2009. There she played a crucial role in leading a campaign that produced the enactment of the Lilly Ledbetter Fair Pay Act, a law passed in 2009 that increased protections against gender-based pay discrimination. She returned to federal government service as Director of the Office for Civil Rights at the U.S. Department of Health and Human Services from 2014 to 2017, where she oversaw the development of important healthcare regulations associated with the Affordable Care Act and protections against sex- and gender identity-based discrimination. In 2017 she became the Executive Director of the Williams Institute at the UCLA School of Law, an organization that conducts research on sexual orientation and gender identity law. In 2020 she was nominated by President Trump to assume the position of Vice Chair of the EEOC, and has since been renominated by President Biden to continue in the role until 2026. 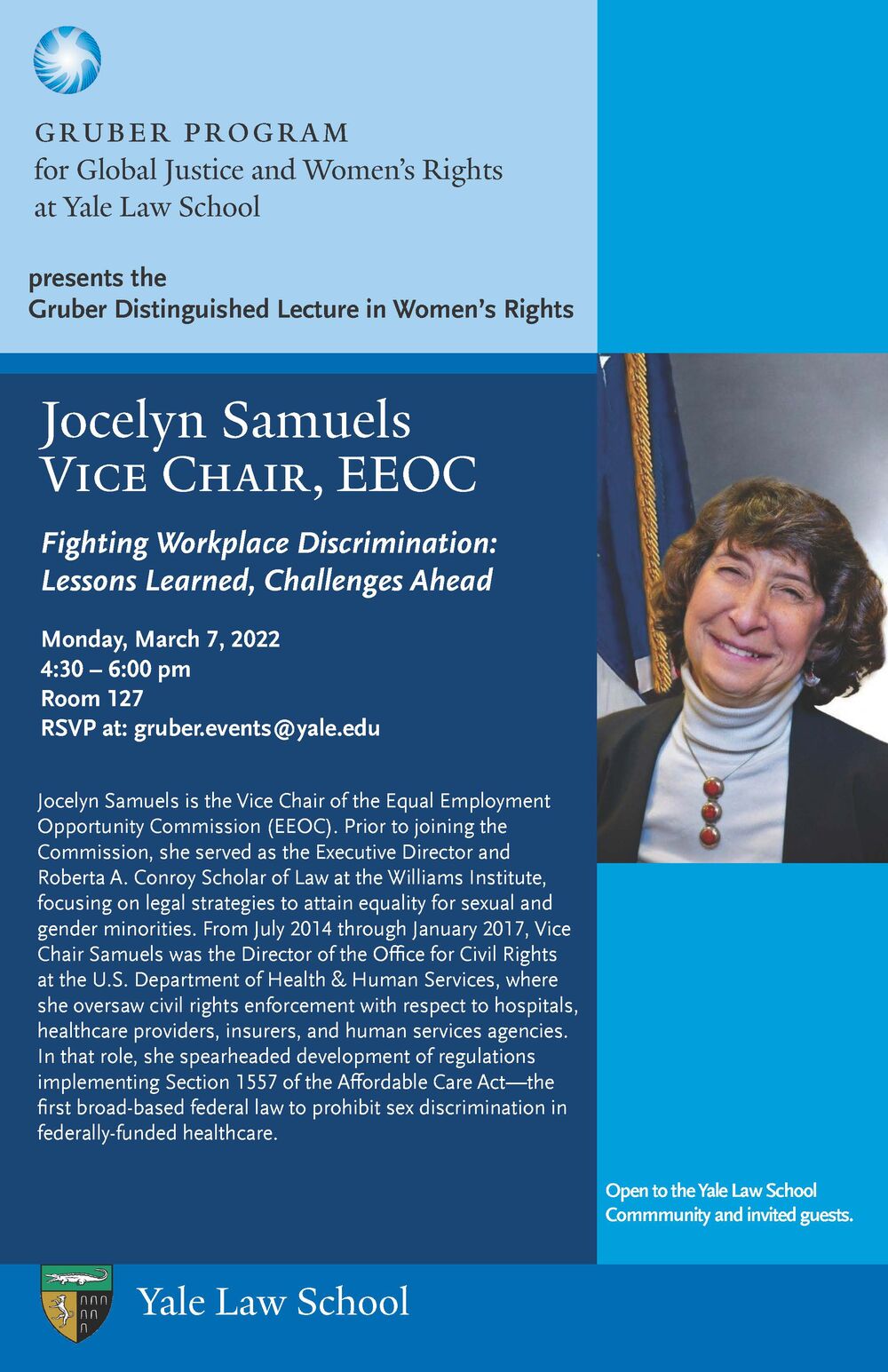