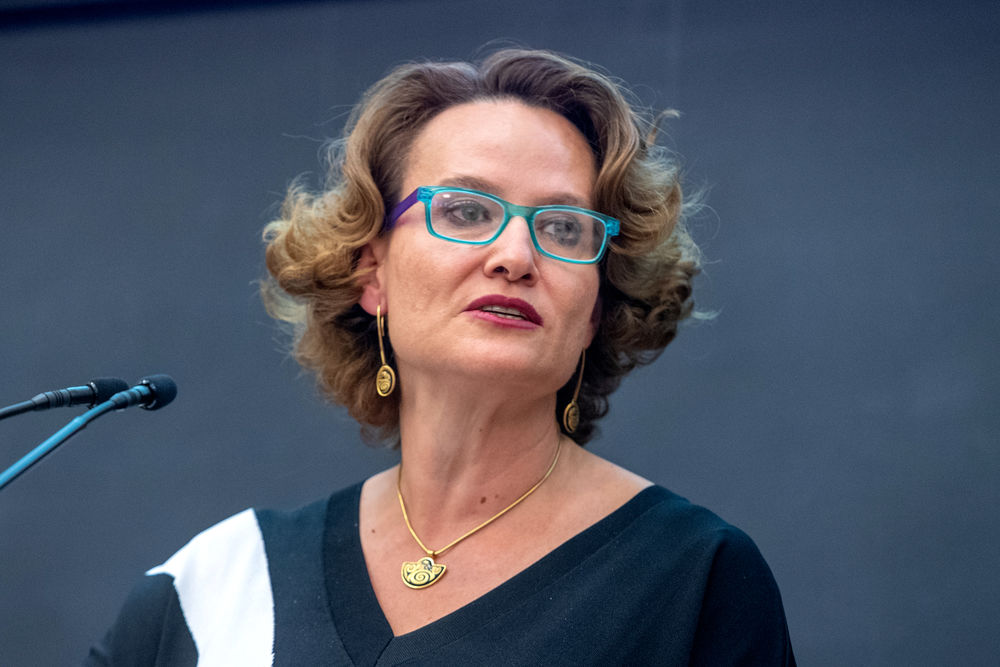 Ruth Rubio Marín, Professor of Constitutional Law at the Universidad de Sevilla, delivered the 2019 Gruber Distinguished Lecture in Women’s Rights on September 12, 2019 in Sterling Law Building, room 127, at 4:10 p.m. Marín, who is also a Professor at the School of Transnational Governance of the European University Institute and Director of the UNIA UNESCO Chair in Human Rights and Interculturalism, focuses her research on comparative constitutionalism, law and gender, immigration and citizenship, and transitional justice. Marín studies how public law creates categories of inclusion and exclusion around different axes including gender, citizenship, nationality and ethnicity.

Professor Rubio began by pointing out that family exceptionalism was a fundamental premise of the constitution; this treated the family as outside of the political rights arena and legitimized removing household, caring, labor from the market, in order to sustain the liberal economy. However, with the 19th century revolutions in Britain and France, with its broad claims to equality, women turned to the law to claim the privileges of citizenship. The suffragist movement in the UK and US picked up the cause, followed by second wave feminism that directly confronted the contradictions of family exceptionalism in the constitution. The contraceptive revolution of the 1960s brought to women some control over reproduction culminating in 1973, Roe v. Wade recognizing abortion rights. With the rise of the gender equality movement towards the end of the 20th century, women increasingly began to take part in the constitution making process, and while constitutionalism held out the promise of transformation, it has fallen short. Professor Rubio concluded her lecture by examining resistance to the constitutional gender order today and the challenges it the “anti-gender” movement presents. She believes there is still much work to be done.

Following the lecture, a panel of distinguished justices from around the world offered comments and concluding remarks. Hon. Rosalie Silberman Abella from the Canadian Supreme Court highlighted how the approach to equality in Canada is substantive and respects people’s differences so they can be treated as equals, unlike the formal approach taken in the US. Hon. Prof. Dr. Susanna Baer from the German Federal Constitutional Court emphasized that a constitution is a living thing, and courts are responsive actors who must be challenged to enable change. Hon. Manuel Cepeda-Espinosa, President Emeritus of the International Association of Constitutional Law, focused on how we cannot return to an invisible, exclusionary court. And Right Hon. Brenda Hale, President of the Supreme Court of the United Kingdom, raised very foundations (and British) question: what is a constitution, and can one have a constitution that is not written down?

Professor Rubio’s lecture was live-streamed on September 12, 2019, a recording of which is available here.