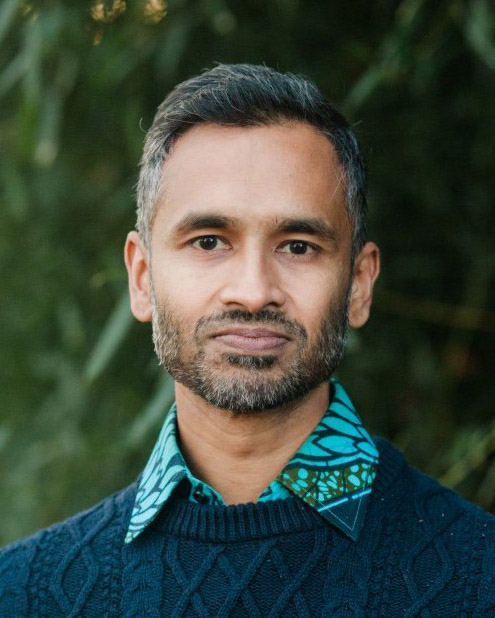 Stop a Land Grab, Change the System: A Pathway to Climate and Environmental Justice

Watch the video of Vivek Maru's Lecture and Panel

Maru graduated from Yale Law School in 2001 and currently serves as founder and CEO of Namati, a grassroots legal empowerment organization based in D.C. Having received his B.A. from Harvard in Social Studies and J.D. from Yale Law School, Maru went on to serve as a law clerk for Federal Appellate Judge Marsha Berzon. He then co-founded Timap for Justice, a non-profit that provides access to basic legal services in Sierra Leone, and served as a co-director of the Fourah Bay Human Rights Clinic in Freetown. Just prior to founding Namati, Maru was a senior counsel for the World Bank’s Justice Reform Group from November 2007 to August 2011 and director of the World Bank Justice for the Poor Program in Sierra Leone.

Maru’s work with Namati aims to provide community justice through an extensive network of paralegals across ten countries. Three fundamental issues form the basis for Namati’s mission: health justice, land and environmental justice, and citizenship justice. Namati successfully incorporated access to justice into the UN’s 2030 Sustainable Development Goals, a testament to its commitment to justice advocacy with the help of community paralegals.

In Maru’s lecture, “Stop a Land Grab, Change the System: A Pathway to Climate and Environmental Justice,” he emphasized the relationship between environmental concerns and social justice. To that end, he highlighted the need to humanize the law in a way that does not limit itself to the interests of major state actors, but includes community voices that are too often disregarded. “Environmental harms are consistently concentrated in communities with less wealth, less power,” Maru remarked, elaborating that conversations about the inequalities between nations consistently take priority over the fallout endured by under-resourced communities. He mentioned the ongoing movement against new fossil fuel infrastructure that has been spearheaded by Black and indigenous communities in the United States, to which the Biden Administration has been unreceptive. Such episodes are evidence of a far greater injustice, Maru stressed: some groups are considered disposable by the governments and legal systems that are meant to represent and protect them do not. “I believe we won’t find a way out of this existential climate crisis that we are in through top-down commitments or technology transfer alone,” Maru concluded, “We need to confront the underlying injustice that makes the destruction possible.”

He went on to depict how community paralegals are an invaluable asset in remedying the exploitative nature of current legal frameworks, and how they promote tangible structural change with benefits to climate and environmental justice. Community organizers, he explained, do not come with their own agenda, and this allows them to be more responsive to those they represent and enable more empowered negotiations with companies pursuing industrial projects on their lands. He rounded his remarks off by proposing a new approach that combines the power of law with the power of people: the legal empowerment cycle. His organization Namati is founded on the principles of this cycle: grassroots struggles drive systemic change and any reforms should grow from the lived experience of those most affected. Echoing a popular mantra at Namati, he said “In order to deepen democracy, we should have a situation where everybody is able to know law, use law, and shape law.”

Following his lecture, Maru participated in a panel broadcasted over Zoom with fellow practitioners of legal empowerment, including Eileen Wakesho, Namati’s Community Land Protection Advisor, and Gabriela Burdiles, Project Director at the Chilean organization Fiscalia del Medio Ambiente. The conversation was moderated by the Binger Clinical Professor of Human Rights James Silk ‘89, who also directs the Allard K. Lowenstein International Human Rights Clinic and the Schell Center for International Human Rights at the Law School. The panelists discussed the nature of the current climate and environmental crisis and its relationship to social inequalities. They exchanged ideas on the various forms the pursuit of environmental justice takes in different national and regional contexts. 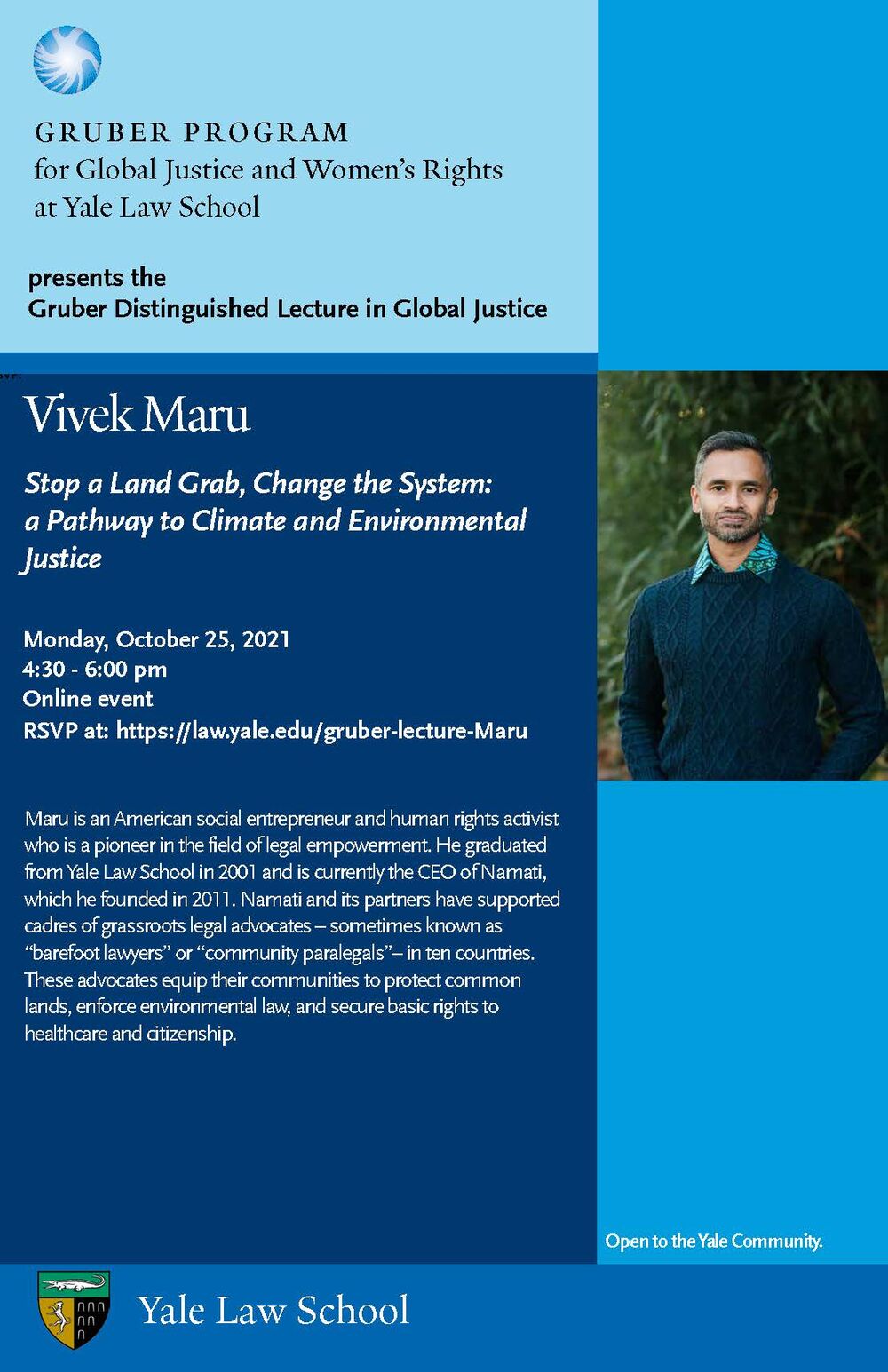