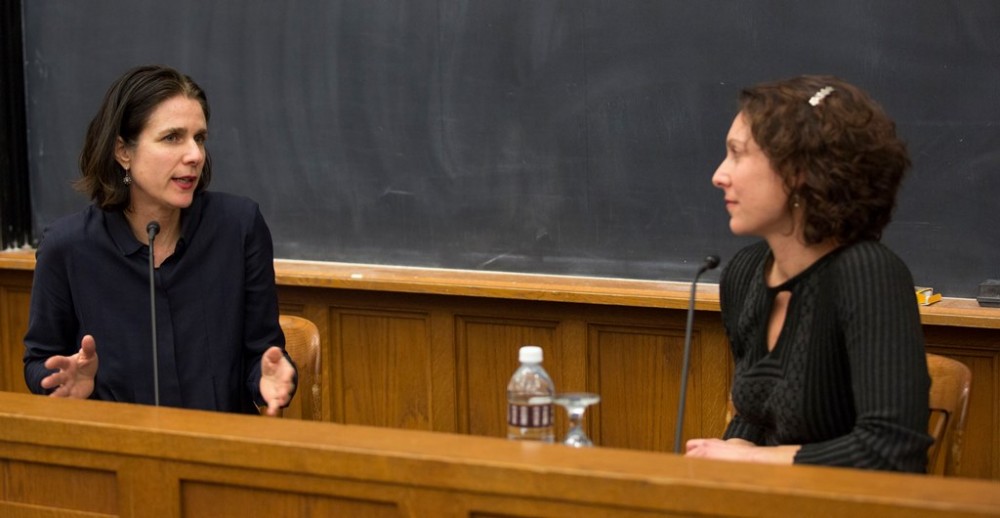 Dr. Rebecca Gomperts delivered the 2017 Gruber Distinguished Lecture in Global Justice on February, 2017, at 4:30 p.m. at Yale Law School. Gomperts is founder and director of Women on Waves and Women on Web—two groundbreaking enterprises to provide safe reproductive health services.

She studied medicine and visual arts in Amsterdam, the Netherlands. After graduating, Dr. Gomperts sailed with the Greenpeace ship, Rainbow Warrior, as its doctor and as an environmental activist. While sailing in South America she encountered many women who suffered greatly due to lack of access to reproductive health services and safe, legal abortions. These women and their stories inspired Gomperts to start Women on Waves –a Dutch-flagged ship that travels to countries where abortion is criminalized; the ship is outfitted with a medical clinic that provides women with safe and legal medication abortion in international waters. More recently, she founded Women on Web to provide safe medical abortion through orders online. Her work was the subject of the 2014 film Vessel.  Gomperts is well known for her unorthodox and innovative methods for delivering abortion care to women who live in countries were access is extremely limited if not outlawed. The event’s faculty host was Emily Bazelon, Senior Research Scholar in Law, a Lecturer in Law, the Truman Capote Fellow for Creative Writing and Law, and a staff writer at the New York Times Magazine.

The lecture was entitled “Putting Abortion Pills in Women’s Hands: Ships, Apps, Drones, and the Web.” In conversation with Emily Bazelon, Dr. Gomperts answered wide ranging questions about her work and interest in, as she once put it “finding the blind spots of the law.”  For example, she spoke of the Women on Waves initiative and its use of international law to overcome barriers erected national laws that keep women from accessing abortion services. Similarly, she described how Women on Web uses the internet to provide women with medically accurate information and quality medication abortion.  She also explained using drones to surmount similar national boundaries to deliver abortion pills – an act that Gomperts described as serving in part as an advocacy gesture. Gomperts screened a few video clips—her ship’s visit to Morocco and a drone flight from Germany to Poland--to demonstrate how her campaigns help visualize a problem that is kept hidden in women’s bodies. And she spoke about how her mission connected medical care to human rights and social justice. Her talk stressed not only the power of ideas, and of symbolic acts but of the enabling legal environment.  A recording of the lecture is made available here .

The following day, Gomperts was part of a round-table discussion entitled “Accessing Abortion in a Hostile Climate.” The round-table featured Dr. Gomperts alongside Violeta Canaves (J.S.D. candidate, Yale Law School); Farah Diaz-Tello (Senior Counsel, SIA Legal Team) ; Joanna Erdman
(MacBain Chair in Health Law and Policy and Assistant Professor of Law, Schulich School of Law, Dalhousie University); and Cherisse A. Scott (Founder & CEO, SisterReach, Memphis, TN). Each spoke about the challenges women and providers faced in seeking and offering abortion care.  Ms. Diaz-Tello spoke of her work defending women in the US who were criminally prosecuted for ending their pregnancies outside of a medical clinic.  Ms. Scott focused on the intersectional disenfranchisements that undermined women’s equality and health in Tennessee, the hostility towards abortion just one of the elements. Violeta Canaves described how women in Argentina, through networks of “Socorra Rosa” (Pink Relief) were pushing the limits of its abortion law by providing medication abortion information and social support. Finally, Joanna Erdman drew out both the commonalities and differences in practices across these countries, as well as analyzing the situation in Canada.

Rebecca Gomperts remained on campus through February 7 and engaged in a number of other informal events with students, faculty, and other members of the Yale community. Among the complementary events was a lunch hosted by Gruber Director, Dr. Mindy Jane Roseman, for graduate students across Yale University working on matters related to reproductive health, as well as a Davenport College Tea hosted by Head of College Dr. Richard Schottenfeld (Professor of Psychiatry, Yale Medical School). The latter allowed undergraduates and other guests to engage with Dr. Gomperts in an intimate and informal setting. 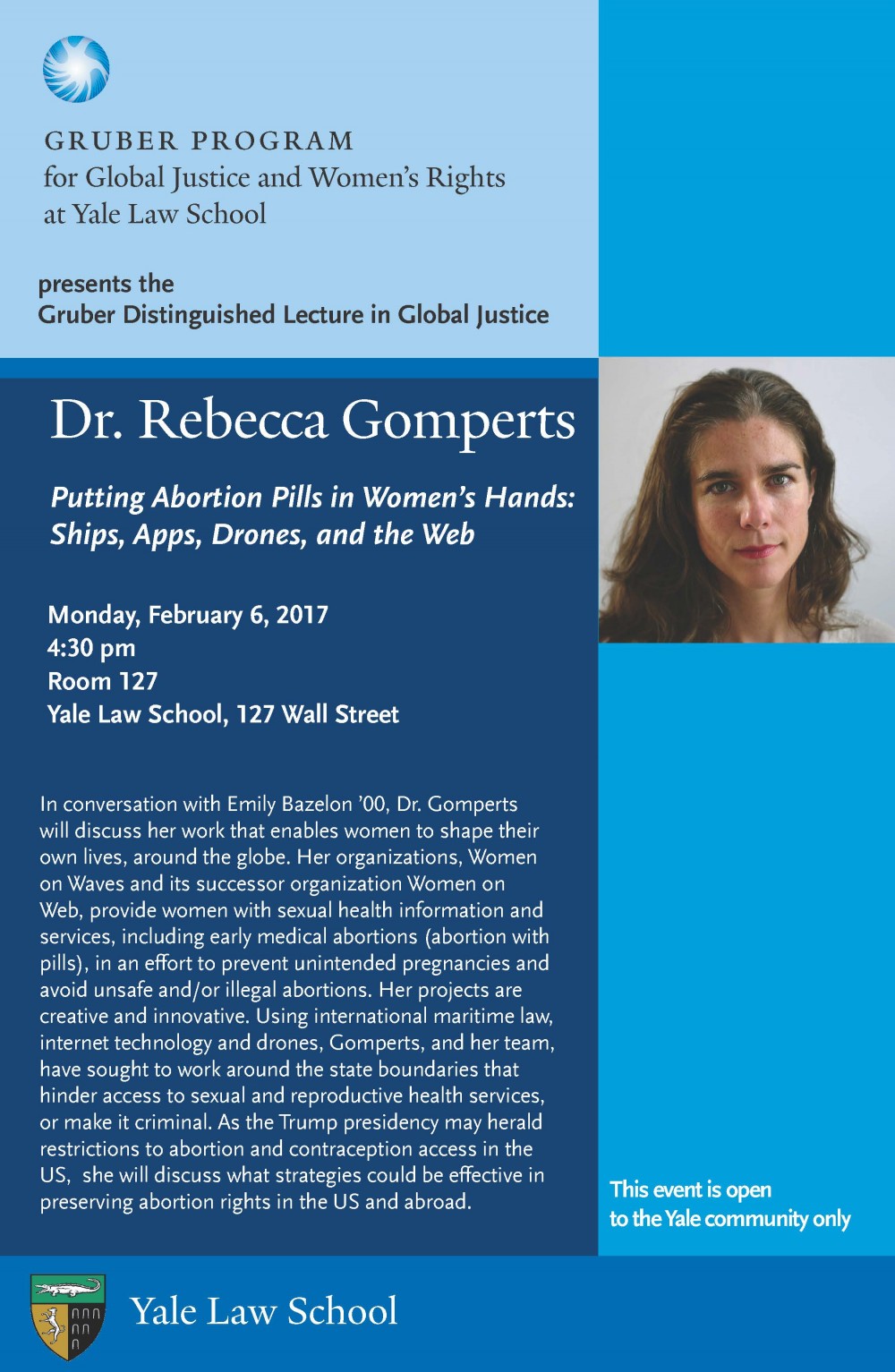 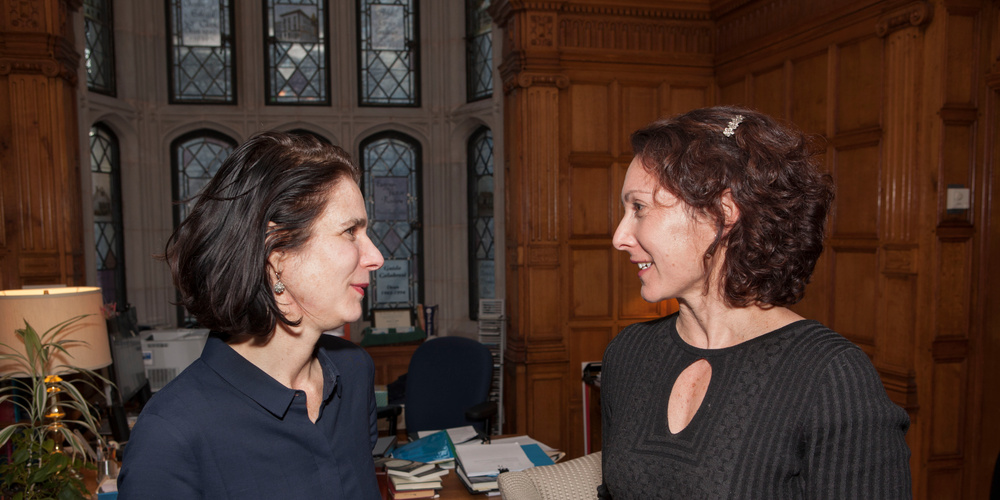 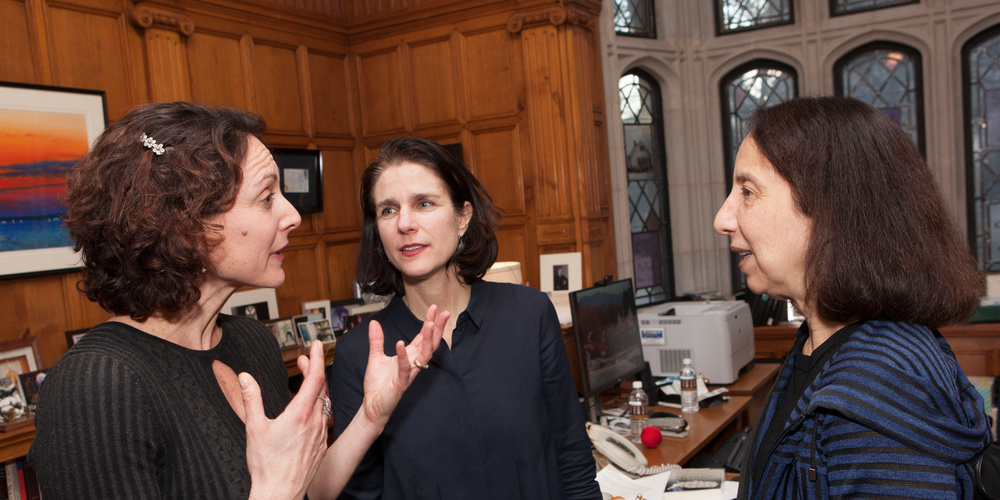 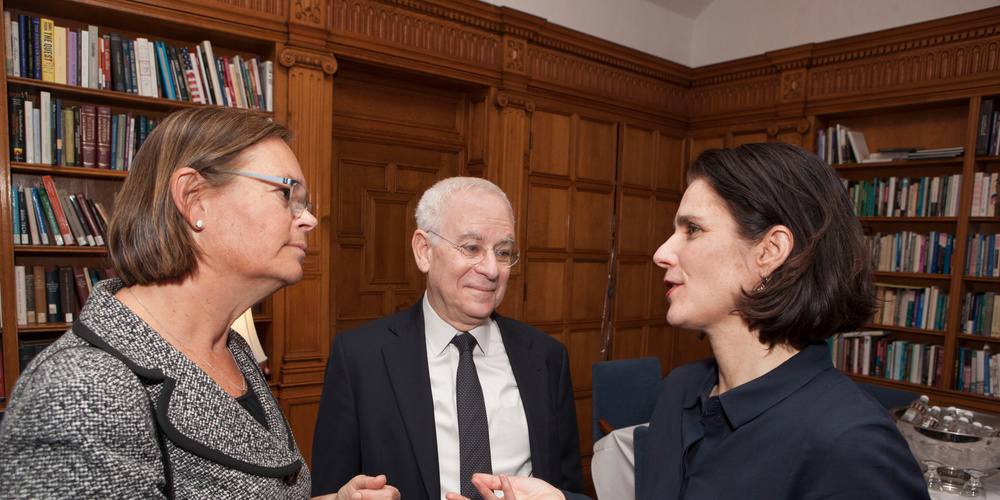 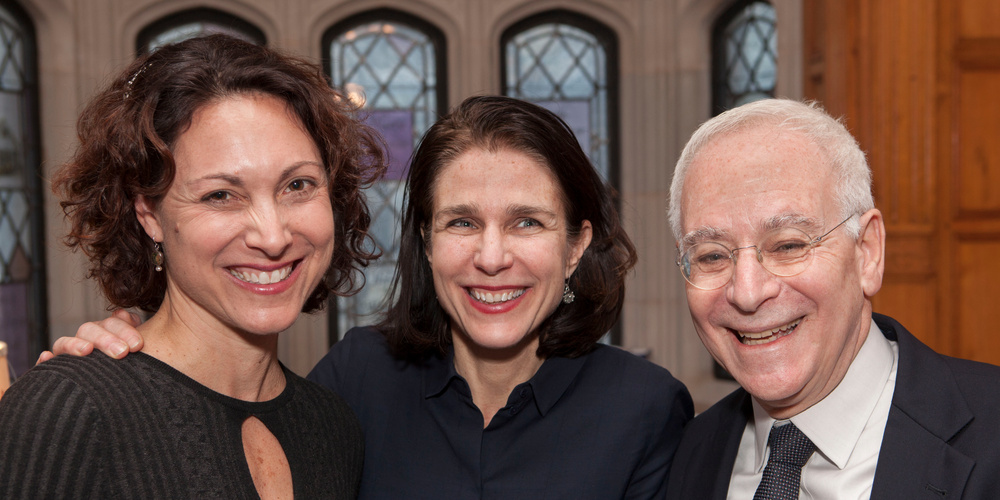 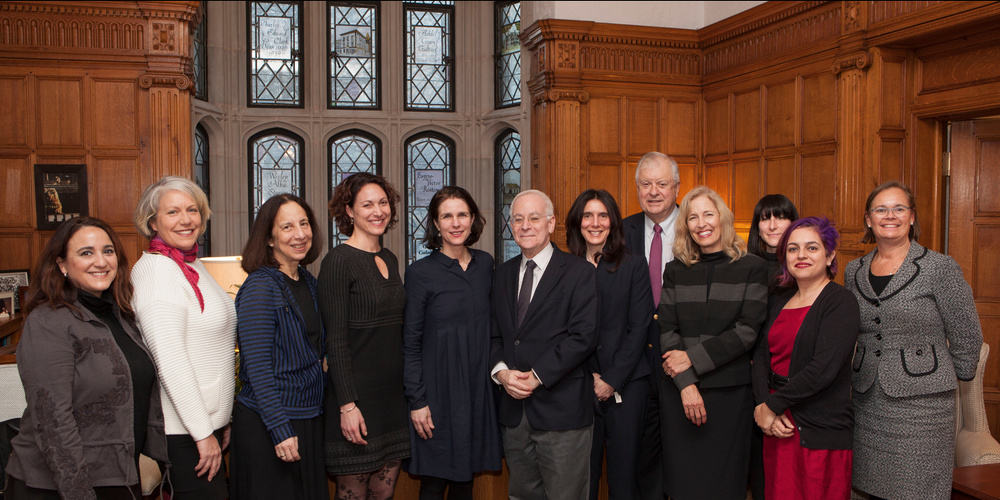 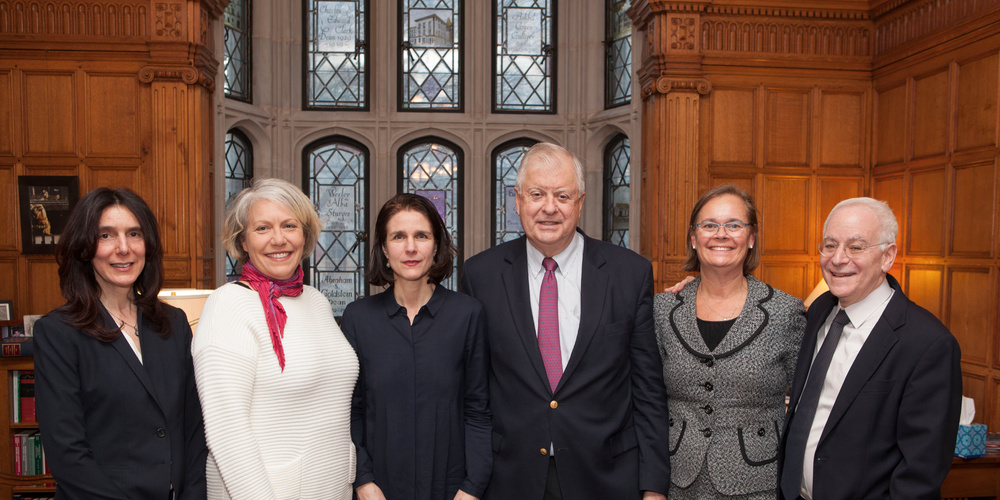 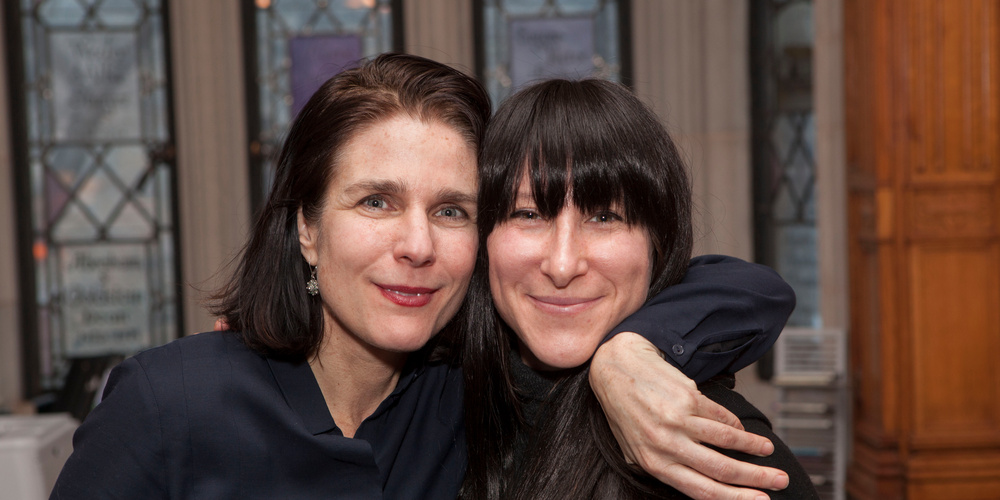 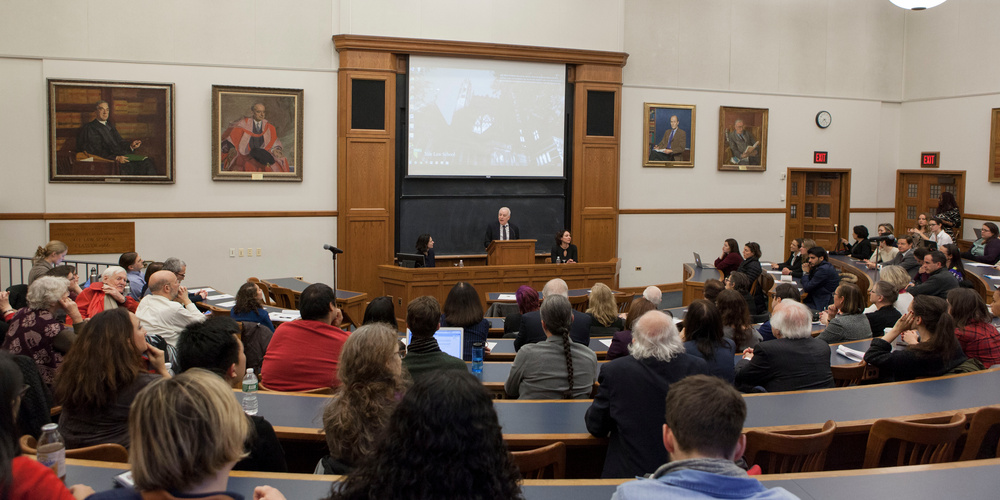 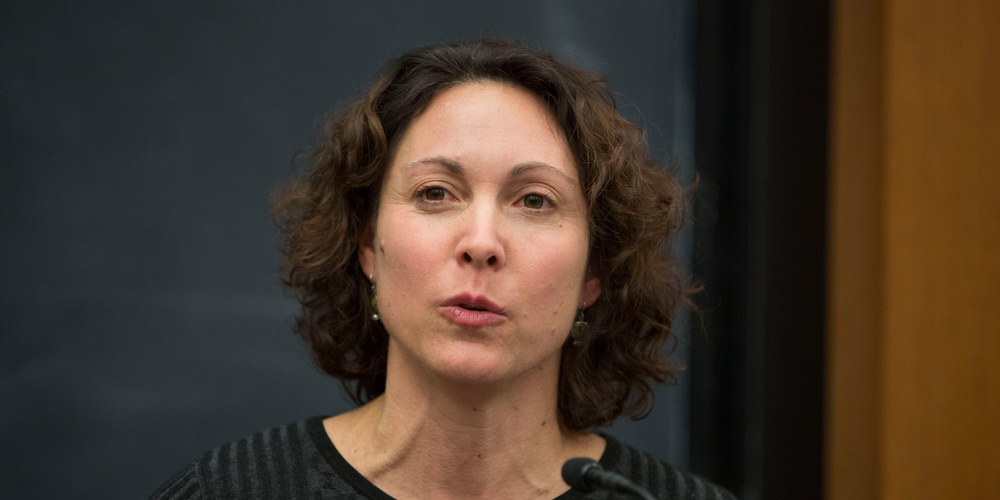 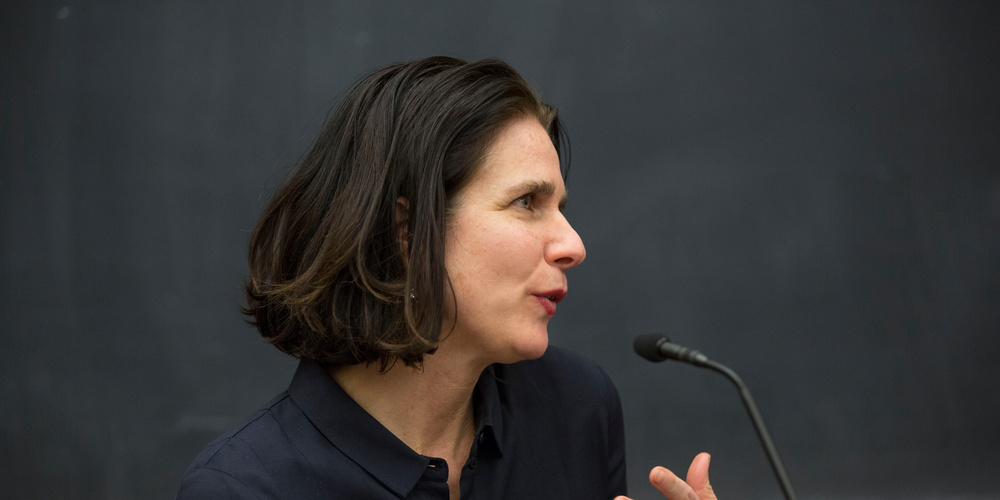 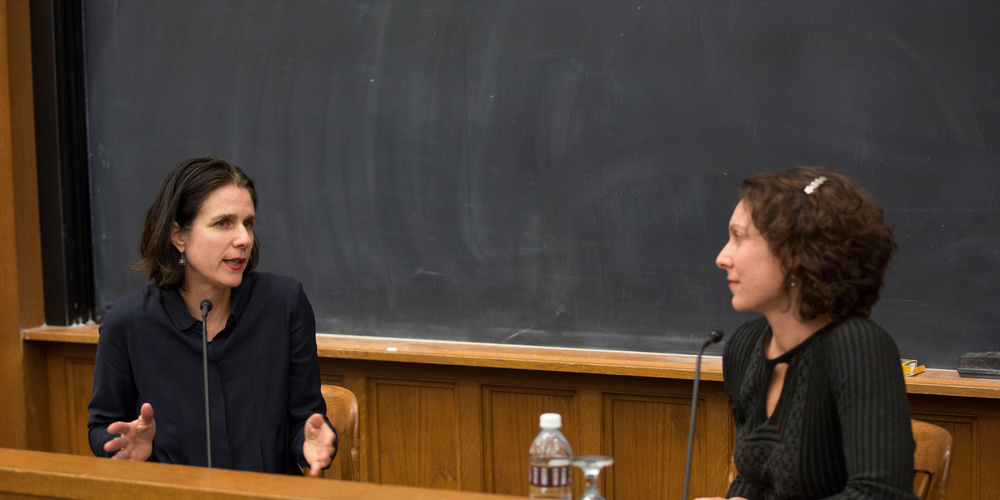 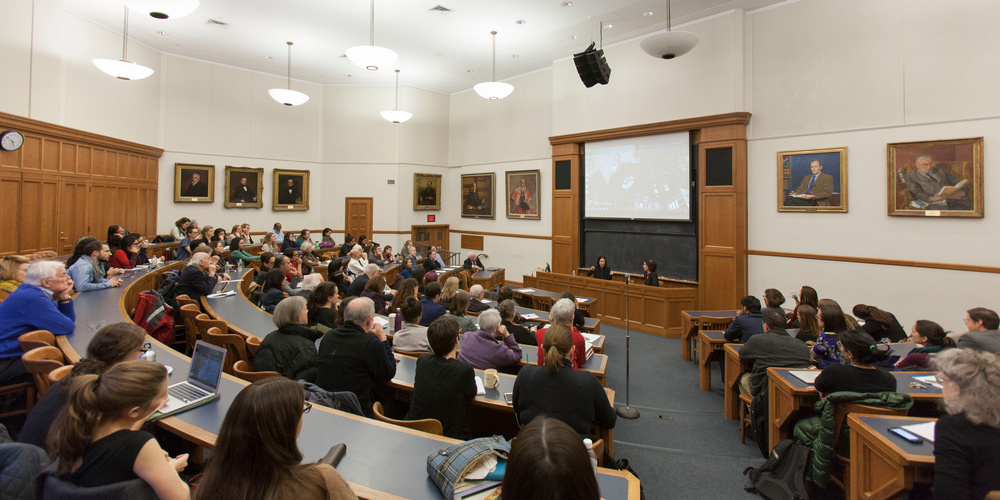