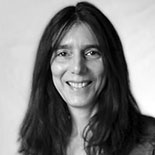 Mindy Jane Roseman is the Director of International Law Programs and Director of the Gruber Program for Global Justice and Women’s Rights.  Prior to joining Yale Law, Roseman was the Academic Director of the Human Rights Program and a Lecturer on Law at Harvard Law School from 2005-2016 where she taught courses on gender and human rights, as well as reproductive health and justice. Roseman was also an instructor in the Department of Population and International Health at Harvard School of Public Health. Before joining Harvard, Roseman was a staff attorney with the Center for Reproductive Rights in New York, in charge of its East and Central European program.

Roseman received her J.D. from Northwestern University School of Law and served as an Articles Editor on its Law Review. She also received a Ph.D. from Columbia University, in Modern European History with a focus on reproductive health. After graduating from law school, she clerked for Judge John F. Grady, Chief Judge, U.S. District Court, Northern District, IL. 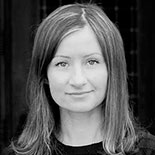 Aleksandra Kopacz is the coordinator for the Gruber Program in Global Justice and Women’s Rights. She oversees the daily operations of the program functions and activities such as the post graduate public service fellowships in global justice and women’s rights, and special event planning of the distinguished lecture series. She collaborates with students, staff, faculty, guests and other university departments to foster connections among programs, centers, and initiatives.

Kopacz is a native of Poland. She has studied in the United States, England, and France and has travelled and worked in various countries.