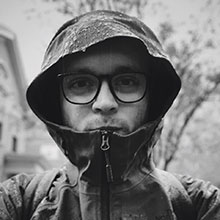 Andrés Caro Borrero is a Colombian lawyer currently pursuing a J.S.D. at Yale Law School, where he also obtained his LL.M. degree in 2020 and for which he received the Henry Ralph Ringe Scholarship, after which he was a Fox Fellow for the year 2020-2021. He received the 2020 Barry S. Cohen Prize for the Best Paper on a Subject Related to Literature and the Law from Yale Law School.

Andrés holds a double B.A. degree in Law and Literature from the Universidad de Los Andes, in Bogotá, where he also studied a minor in Art History, and where he has taught a course on Legal Interpretation. In Los Andes, Andrés served as the student representative in the Board of Trustees of the university. After college, he worked in the Presidency of the Republic of Colombia (2016-2017) before traveling to the University of Chicago, where he earned an M.A as a Carlin Fellow. He conducts EnClave Podcast, about Colombian current affairs, and writes an Op-Ed column in La República, Colombia’s leading financial newspaper.

Andrés writes on legal philosophy and history, mainly focusing on the intersection of law and the humanities in Early Modernity and in the Enlightenment's experiments with republicanism. His J.S.D. dissertation focuses on the paradox that the emergence of the Modern State and the discourses that tried to legitimize its authority, truth-establishing capacity, and force coincided with counter-hegemonic discourses on philosophy, literature, and the arts. He will also develop a theory of Enlightened republicanism — mainly in America and France— that conceives the separation of powers as an epistemological device that places doubt and uncertainty at the heart of the operation of the State.