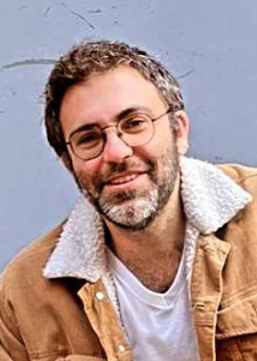 Elazar Weiss is a J.S.D. candidate at Yale Law School, where he also earned his LL.M. degree in 2020. Elazar’s research focuses on the intersection between law, culture and language. His J.S.D dissertation examines the metaphors and paradigms underlying US abortion jurisprudence and the “culture wars”. Through interpretive readings of court cases, academic literature, and cultural texts (from thinks tanks to twitter), Elazar proposes the right to Destiny as an alternative to the Court’s Privacy argument in Roe v. Wade.

Before coming to Yale, Elazar studied in the The Adi Lautman Interdisciplinary Program for Outstanding Students at Tel-Aviv University, where he completed In 2016 a law degree (L.L.B) and B.A. in Philosophy and Economics. Elazar clerked on the Supreme Court of Israel and has taught courses in Jurisprudence, Constitutional law, and Contracts. Elazar also served as the editor-in-chief of the Tel-Aviv University Law Journal (“Iyunei Mishpat”) and as Tutor in Law at The Program for the Integration and Advancement of Arab-Palestinian Students (Tel-Aviv University Law School). In 2020 – and as part of his work as a Yale Law School Schell center Human Rights Fellow – Elazar embarked on a Social-Political journey through the Holy Land and its discourses. A visual documentation of this journey is on exhibit at the Slifka Center for Jewish Life at Yale.