If you are an Army Veteran that might be affected by the settlement in Kennedy, please read the class notice and visit the class website https://www.kennedysettlement.com.

Since September 11, 2001, hundreds of thousands of veterans have received less-than‑Honorable (“bad paper”) discharges, imposing a lifetime stigma, impairing their employment prospects, and denying them access to critical government services, including GI Bill education benefits, mental health treatment, and disability benefits. Many "bad paper" discharges are a result of misconduct attributable to conditions like PTSD and traumatic brain injury (TBI).

Congress created the Army Discharge Review Board (ADRB) so that veterans upgrade an unjustly harsh discharge after returning to civilian life—but this Board has routinely denied veterans' PTSD-based applications by veterans for decades. The class-action lawsuit challenged the ADRB’s systemic failure to adequately consider mental health conditions when veterans request that their discharge status be upgraded. 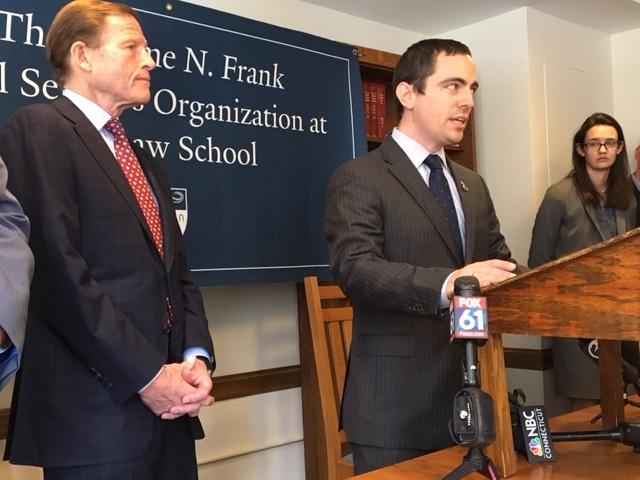 On December 21, 2018, Judge Warren W. Eginton of the U.S. District Court for the District of Connecticut granted plaintiffs’ motion to certify a nationwide class of Army veterans who were discharged from the Army with a less-than-Honorable service characterization after October 7, 2001, have not received discharge upgrades to Honorable, and have diagnoses or records that document PTSD, TBI, Military Sexual Trauma (MST), and related conditions. Shortly after granting certification, the court denied the Secretary of the Army’s motion to dismiss the case. After Judge Eginton passed away, the case was transferred to Judge Charles S. Haight, who authorized a period of discovery in the case.

With the assistance of Magistrate Judge Robert Spector, the parties reached an agreement on the terms of settlement on November 17, 2020, subject to court approval. First, the Army agreed that the ADRB will automatically reconsider thousands of cases, dating back nearly a decade to April 2011, in which the Board denied an upgrade to Honorable even though the veteran’s application contained evidence or contentions regarding diagnoses or symptoms of PTSD, TBI, MST, or related conditions. In re-adjudicating the decisions from April 2011 to the date of settlement, the ADRB will apply recent laws and Defense Department guidance requiring “liberal consideration” of mental health conditions. Additionally, the Army will send individual notices to a second group of veterans, whose applications the ADRB previously did not upgrade to Honorable in decisions between October 7, 2001, and April 16, 2011. Members of this second group of veterans may re-apply and receive the benefit of the recent liberalizing laws and guidance. These notices will also provide information about free legal services and medical programs to assist veterans pursuing an upgrade and information about what evidence might help them win an upgrade.

Second, the Army agreed to make a number of important changes to its general procedures and operations. These changes include additional training for Board members and staff, enhanced notices to veterans of legal and medical services that might assist their applications, and more detailed documentation requirements that the ADRB must follow in any written denials. Critically, the ADRB will also implement a universal telephonic hearing program so that veterans are not required to travel to Washington, D.C., to appear in-person for their discharge upgrade hearings but may participate from a residence or other preferred location instead.

The District Court approved the settlement on April 26, 2021.

The law firm of Jenner & Block is co-counsel with the clinic on this matter.

Connect with a Legal Services Provider through Stateside Legal

Department of Veterans Affairs Instructions on Applying for a Discharge Upgrade

Forms and Other Resources for Veterans Seeking Discharge Upgrades

Meghann Myers, Veterans with PTSD are suing the Army to have their discharges upgraded, Army Times (Apr. 17, 2017)