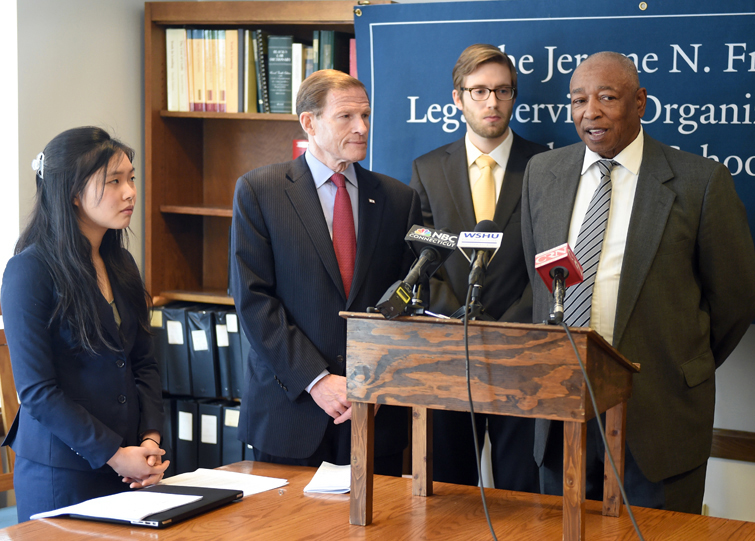 In April 2015, Conley Monk, Jr., a Vietnam veteran and former Marine, filed a lawsuit in the U.S. Court of Appeals for Veterans Claims (CAVC) on behalf of himself and thousands of similarly situated veterans. He sought to compel the Secretary of Veterans’ Affairs to promptly decide appeals of disability benefits denials once they had been pending for more than one year for veterans facing medical or financial hardship. Delays are endemic in the VA system, but according to VA’s own statistics, the greatest delays of all involve initial administrative appeals, which can take years for VA to adjudicate. For hundreds of thousands of elderly veterans, and for veterans struggling with serious medical or financial problems such as Mr. Monk, the years spent waiting for the VA to process their appeals impose enormous hardship.

In May 2015, the CAVC dismissed Mr. Monk’s petition, holding that it lacked the authority to consider class actions or similar types of aggregate resolution. Mr. Monk appealed, and on April 26, 2017, the U.S. Court of Appeals for the Federal Circuit reversed, holding that the CAVC does have the authority to certify a class action or to maintain similar aggregate resolution procedures. The Federal Circuit remanded to the CAVC with instructions to determine whether a class action or other aggregated proceeding is appropriate here.

In October 2017 the court propounded a list of questions to the parties regarding what kind of class certification framework it should adopt. Mr. Monk’s response encouraged the Court to adopt a framework similar to the procedure for federal class actions (Rule 23). In March 2018, the en banc court (all eight judges) heard oral argument in a packed courthouse.

In August 2018, the CAVC issued a historic decision affirming—for the first time—its ability to hear class action lawsuits. In the words of Chief Judge Davis, “[t]his holding is a seismic shift in our precedent” and “a watershed decision . . . [that] will shape our jurisprudence for years to come.” Judge Allen added that the decision “will allow the Court to address systemic problems in the VA system and more fully protect the rights of the men and women who served our Nation.” At the same time, the Court did not certify the class requested by Mr. Monk on commonality grounds.