The Veterans Legal Services Clinic at Yale Law School (VLSC) and National Veterans Legal Service Program (NVLSP) and provide this white paper and a detailed appendix for veterans who served on Guam from 1958 to 1980 to submit to the U.S. Department of Veterans Affairs (VA) in support of their serviced-connected disability claims for Agent Orange-related diseases. The appendix provides selections from relevant source to support the conclusions of the white paper.

NVLSP partnered with VLSC to determine whether the available evidence of herbicide usage on Guam from 1958 to 1980 ​satisfies the VA standard for service-connected injuries based on exposure to Agent Orange and other dioxin-containing herbicide agents. After a nearly two-year review of government, private, archival, and oral history accounts, including a site visit to Guam, the NVLSP and VLSC concluded that existing evidence does establish that it is, at the very least, “as likely as not” that veterans who served in Guam from 1958 to 1980 were exposed to Agent Orange and other dioxin-containing herbicides. Accordingly, the VA should grant service-connected compensation to these veterans for any diseases that the Secretary has associated with exposure based on findings from the Health and Medicine Division of the National Academies of Sciences, Engineering, and Medicine.

The White Paper: “NVLSP And VLSC White Paper Confirming That Veterans Who Served in Guam from 1958-1980 Were Likely Exposed to Dioxin-Containing Herbicide Agents including Agent Orange” 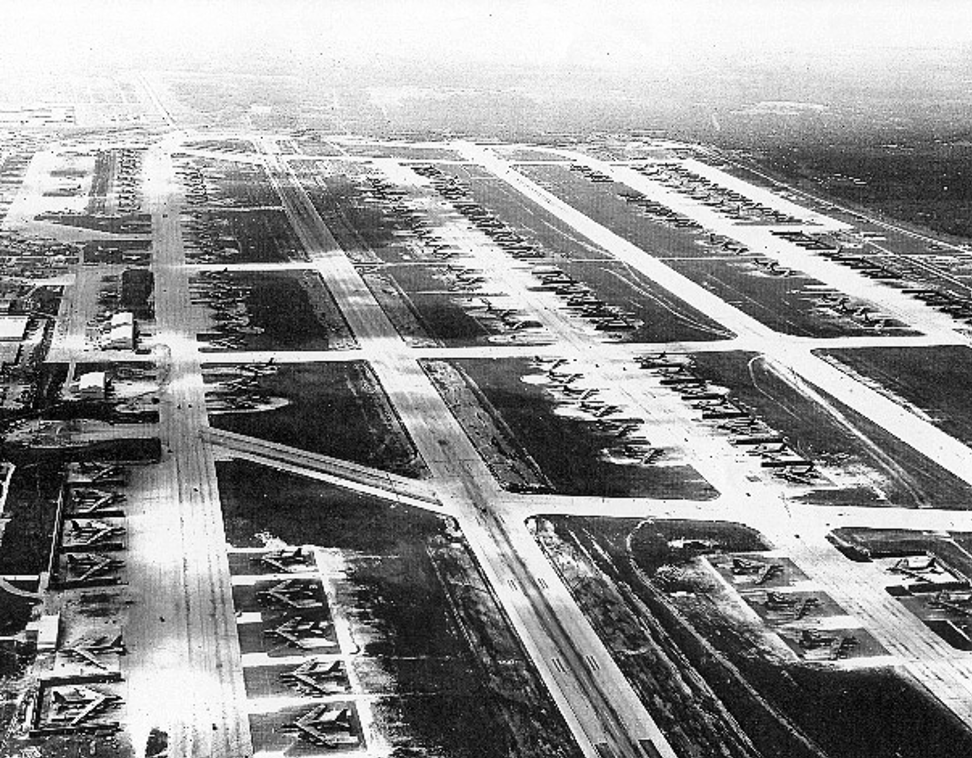 During the Vietnam War, Andersen Air Force Base on the northern end of the U.S. Territory of Guam served as the backbone of U.S. airpower in the conflict. Here, U.S. Air Force B-52s are massed on Andersen in the Fall of 1972 to support bombing operations. The flightline at Andersen, as well as surrounding fenceline, are now the subject of extensive, credible reports of herbicide application by Vietnam-era veterans.