Gene Trotman served in the Air Force in the 1970s, where he developed Post-Traumatic Stress Disorder (PTSD) after an in-service experience of personal assault. Since leaving the Air Force, Mr. Trotman has battled substance abuse, been in and out of intensive treatment services, experienced the disintegration of two marriages, and struggled to maintain employment. In 1991, he applied for disability benefits for a nervous condition and mild depression, at a time when PTSD was not commonly recognized as a medical condition. The U.S. Department of Veterans Affairs (VA) rejected his claim and dismissed his appeal. In 2001, Mr. Trotman applied again for VA benefits, on the explicit ground that he suffered PTSD attributable to his military service. The VA rejected his claim again, and Mr. Trotman embarked on ten years of appeals. Throughout the time that he was seeking VA recognition of his disability, Mr. Trotman was also receiving treatment for PTSD from the local VA hospital. 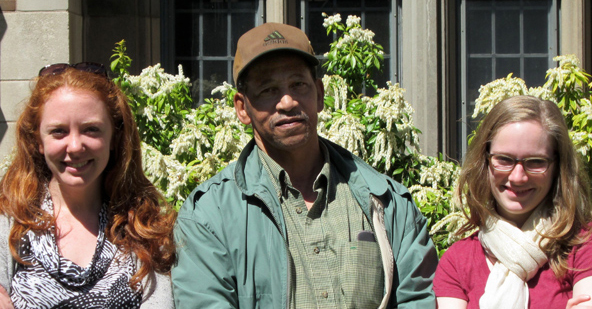 In fall 2011, Mr. Trotman retained the Veterans Legal Services Clinic. The clinic worked with Mr. Trotman to develop crucial evidence, including affidavits from friends, family, and Mr. Trotman himself, and an expert evaluation by a Yale Forensic Psychiatrist Fellow. The clinic also combed through Mr. Trotman’s extensive VA files, including medical history and his discharge papers, to identify consistent VA diagnoses of PTSD, as well as to document a symptomatic profile consistent with the description of the disorder in the Diagnostic and Statistical Manual of Mental Disorders. This evidence was then submitted with detailed briefing demonstrating that the VA had misapplied its own legal standards to Mr. Trotman. Correcting two decades of erroneous rulings, in July 2012, the Board of Veterans’ Appeals (BVA) recognized that Mr. Trotman’s PTSD is attributable to his military service and granted his application for disability benefits. Mr. Trotman then waited seven more months for the VA Regional Office to issue a disability ratings decision, after which he finally received a check for more than $78,000—back payment for the benefits he would have received during the years his application was pending.